This follows the delivery on March 14, 2016 of AIDAprima, the sister ship of AIDAperla, marking completion of two cruise ships’ construction ordered by AIDA Cruises. AIDAperla is scheduled to set sail for Majorca, Spain, beginning of May, 2017. 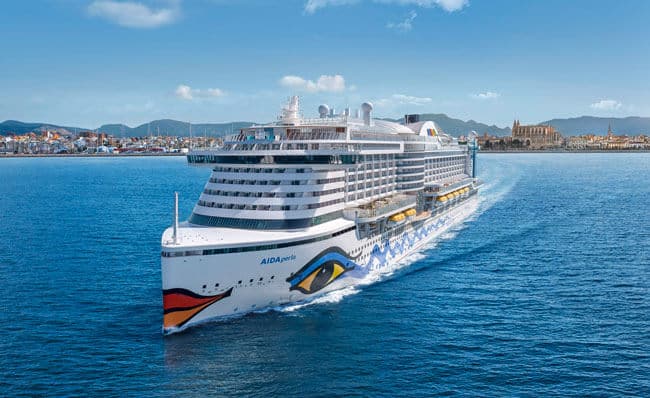 The delivery took place in attendance of Michael Thamm, CEO of the Costa Group, and Felix Eichhorn, President of AIDA Cruises, welcomed by MHI executives, Shunichi Miyanaga, President and CEO, and Kazuaki Kimura, President and CEO of Industry & Infrastructure business domain. Once the documents were signed the delivery concluded with the traditional change of the ship’s national flag (from Japanese to Italian).

After a couple of introductory cruises from Majorca starting on June 1, AIDAperla will be christened by German model and presenter Lena Gercke on June 30, 2017, in Palma de Mallorca.

AIDAperla has 18 decks, is 300 meters in overall length, has gross tonnage of 125,000 tons, and is equipped with 12 restaurants and 18 bars including an on-board brewery. Among its numerous indoor public amenities there is the Theatrium, a 3-story multi-purpose theater in the center of the ship’s atrium, as well as saunas, a discotheque, a casino and a fitness gym. The uppermost deck has swimming pools under large foil domes. There is also a sports deck that, during the winter period, can be converted into an ice skating rink. The ship has a total of 1,643 staterooms, offering the greatest variety in the AIDA Cruises fleet. 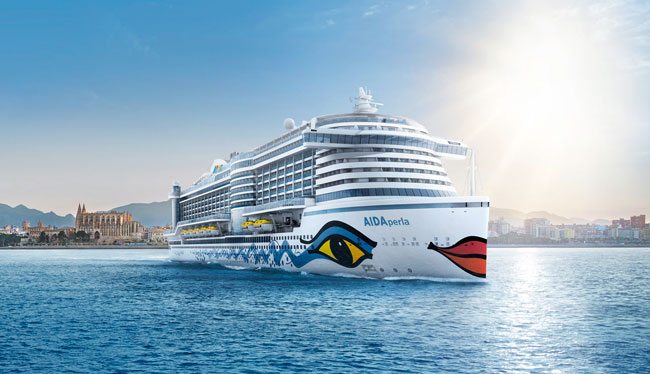 AIDAperla utilizes a number of advanced technologies. It is equipped with MHI’s “Mitsubishi Air Lubrication System” (MALS)( 1), a proprietary technology that enhances fuel efficiency and comfortable cruise at sea. It also uses a pod propulsion system(2), and a new air-conditioning system that saves on energy consumption by using waste heat.

Depending on the availability in the destinations AIDAperla can also be operated with eco friendly liquefied natural gas (LNG) while docked in ports. AIDAperla, the second next-generation cruise ship, provides a unique and comfortable holiday experience with state of the art environmental technology and enhanced safety systems.

(1) Mitsubishi Air Lubrication System (MALS): An innovative system in which air blown out from the vessel, produces small air bubbles that cover the vessel’s underside like an “air-carpet,” reducing friction between the hull and seawater during navigation. MALS also enables a significant reduction in energy usage and carbon dioxide (CO2) emissions.

German Cruise Ship To Begin Sailing With 217 Filipino Seafarers Onboard