Mitsubishi Heavy Industries Marine Machinery & Engine Co., Ltd (MHI-MME) will carry out a full-scale operation UEC35LSE and UEC33LSE which are the MHI-MME’s most-advanced low speed marine diesel engines. Based on MHI-MME’s thorough market reserch, UEC35LSE and UEC33LSE engines are designed to provide the best suited output and rotation speed for a wide range of ships which are less than 30,000GT.

The ships include bulker, chemical tankers, cement carriers and domestic vessels. Like the UE diesel engine, their high performance was confirmed by the onshore test, and also it has proved their fuel consumption exceeds competitor engines’.

UEC35LSE was co-developed with Wartsila Corporation and UEC-35LSH the engine has improved the reliability with the utilization of Wartsila’s abundant know-how. UEC33LSE is the engine which has successfully improved the propellers propulsion efficiency by both long stroke and low speed engine, and it satisfies customers’ needs of fuel savings. This UEC33LSE was downsized based on UEC35LSE to reduce the development period. 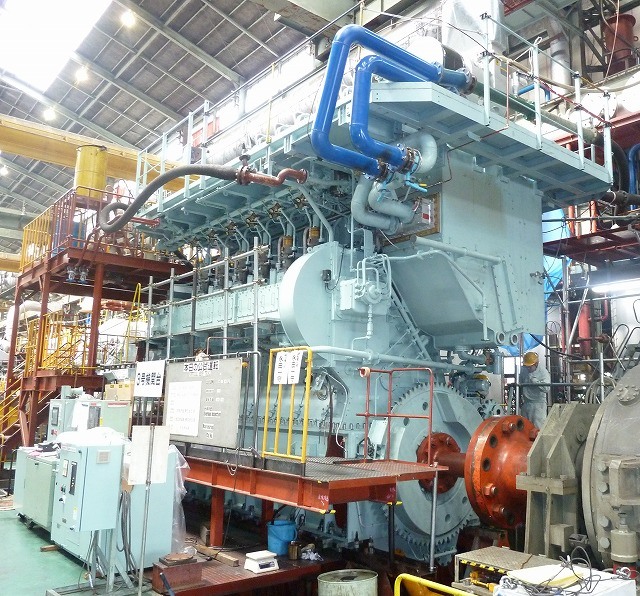 The first UEC35LSE was consigned the manufactured to Kobe Diesel Co., Ltd, a licensee of UE engine, on August 2013. The engine was mounted on the cargo passenger ship named “Tachibana-Maru” built by the Mitsubishi Heavy Industries-Shimonoseki Shipyard & Machinery Works. This ship which is owned by Tokai Kisen Co., Ltd., went into service from June 2014. 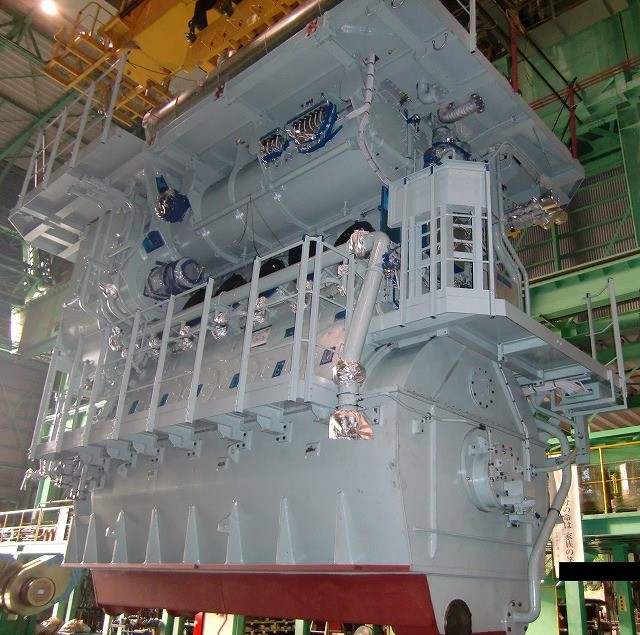 The first UEC33LSE was manufactured by Akasaka Diesels Limited, a licensee of UE engine, on May 2014. This engine will be mounted on the chemical tanker of Yamato Kisen Co., Ltd.. which was built by Kitanihon Shipbuilding Co., Ltd. In China, MHI-MME’s UE licensee, Zhejiang Yungpu Heavy Machinery Co., Ltd, has continuously received orders of UEC33LSE for container ships from Taizhou Maple Leaf Shipbuilding Co., Ltd.

With the completion of the first UEC35LSE/UEC33LSE engine, MHI-MME will develop more active operation of businesses, enhancing the partnerships with its global licensees.