After over 3 years of large scale renovations of the Mayflower II, the beloved ship is now ready to depart for its final voyage home to Plymouth on July 20, 2020. The 64-year-old reproduction of the 1620 Mayflower I will depart from the Henry B.duPont Preservation Shipyard at Mystic Seaport Museum at 9:00 am.

While the original plan had included a departure around April with halts at several south New England ports before finally arriving at the harbor down Plimoth Plantation living history museum, the outbreak of the COVID-19 pandemic led all the celebrations to a full stop.

The ship, taken in tow by Mitchell Towing in Fairhaven, Massachusetts will still stop at vantage points along its route to the Mystic River. The public can choose to follow the journey online and/or track the ship on the MarineTraffic app or website: www.marinetraffic.com. (Search for Mayflower and choose the US sailing vessel result) 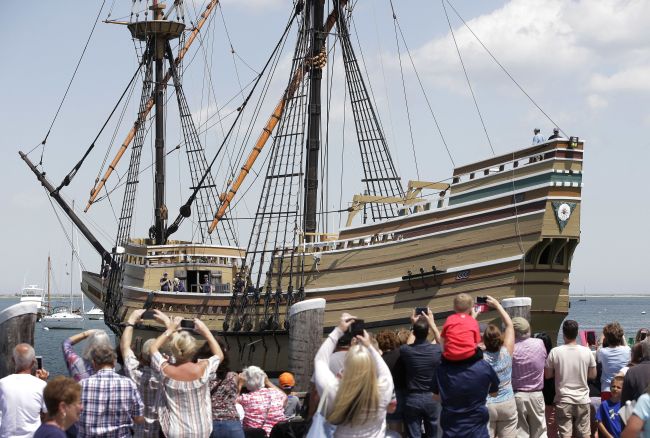 Spectators at the stoppage points are requested to practice safety measures and social distancing while viewing the ship.

The full-scale ship had recently undergone a 3-year restoration at the museum’s shipyard totalling over $11.2 million in renovations with the added delays due to the virus. The delay also caused the cancellation of its arrival into Boston Harbor to celebrate the 400th anniversary of the original Mayflower voyage with a maritime festival.

Mayflower II has been known as an educational tool and tourist attraction since its arrival to Plymouth in 1957, as a gift from England. The ship is known to have brought the Pilgrims to the shores of historic Patuxet in 1620.

The ship’s restoration began in 2016, at the seaport museum with artisans from the museum as well as Plimoth plantation actively involved. Almost 75% of the vessel is new, with per 20,000 board feet of Danish white oak replaced for the hull planking. Since 2019, the artisans have been engaged in installing new systems and finishing painting and rigging.

A spokesperson for Mayflower II, Kate Sheehan has informed that the absence of public revelry and fanfare is to keep in line with safety procedures and isolation of the crew to prevent any sort of exposure.

Mayflower II will undergo two weeks of ship trials at the Mystic river before finally heading up the coast and arriving at Plimoth Planation in the second week of August.