The hull of a massive deep-water platform owned by Royal Dutch Shell recently left South Korean shipyards as it set off for Texas. The hull will be attached to the topsides of the platform before its installation in the Gulf of Mexico.

The massive four-column hull of a deep-water oil platform began sailing from South Korea to Texas this week, starting a monthslong voyage that will bring Shell closer to finishing a multibillion-dollar Gulf of Mexico project. 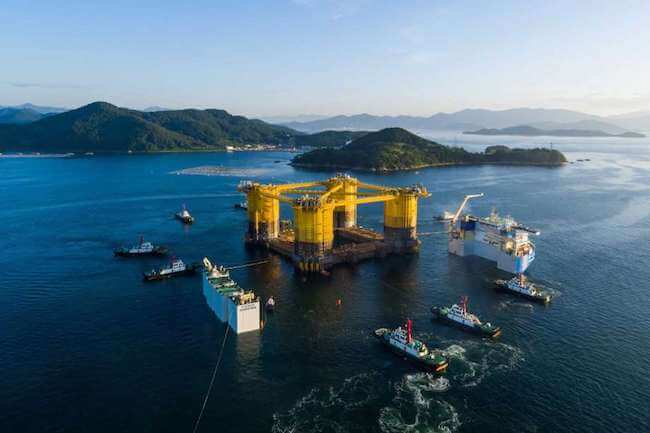 The departure is the latest milestone for a gigantic venture the European company sanctioned two years ago in the face of a raging oil bust that forced many of its rivals to scuttle offshore plans.

As oil prices tumbled, Royal Dutch Shell spent $600 million and employed 1,500 workers in Texas and Louisiana alone to fabricate parts for the so-called Appomattox platform, the company’s largest in the Gulf, expected to start pumping oil 80 miles off Louisiana by the end of the decade. Even so, Shell says it could still wring a profit from its 125,000-ton platform with oil prices below $50 a barrel, after deep cost cutting.

“If you look at the platforms, we used to have a lot more focus on the deeper, the bigger,” Wael Sawan, executive vice president of deep water at Shell, said in a recent interview. “Much of our technology spend is now geared toward more capital efficiency, lower costs.”

Shell said it has whittled down expenses on the Appomattox by more than 20 percent, as it cut the time it needed to drill wells and took advantage of lower equipment prices. The company used new high-tech rigs to drill faster, and it closely monitored every step to slash nonproductive time.

As the platform’s hull makes its way from south Asia to U.S. waters, it edges closer to the last major step in the platform construction, which is to integrate the hull with the platform’s topsides in Ingleside. 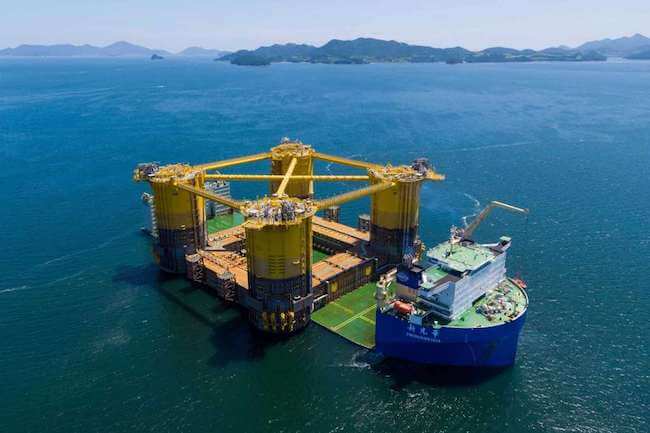 Next, Shell will install the platform in the Gulf. At its peak, Shell’s portion of the project will produce 175,000 barrels of oil equivalent a day. Shell is the project’s operator and owns 79 percent of it. Nexen Petroleum Offshore owns the other 21 percent. In recent years, Shell has found roughly 500 million barrels of potentially recoverable resources in the region. The formation bearing that oil, the Norphet Play, is estimated to be 150 million to 200 million years old, in the Jurassic period. Shell made its first discovery there in 2009.

At 7,200 feet, the offshore project goes deeper into the ocean than all but two of Shell’s deep-water projects, Perdido and Stones, also located in the Gulf. On land, rising oil prices earlier this year prompted a rush of drilling across the United States. But offshore drilling has lagged behind, and even now, new deep-water projects are much rarer than during the go-go years of $100-a-barrel oil. In the summer of 2015, when Shell first approved the project, oil prices floated above $60 a barrel, and the company said it would make money at $55-a-barrel oil. It has had to trim back further to make the economics work.

“What you won’t see is a flurry of activity,” Sawan said. “You’ll see only the best and most robust projects come through – projects that break even with sub-$40 oil, you’ll see that activity pick up.”