The U.S. Department of Transportation’s Maritime Administration (MARAD) on 28th July,  announced that it is providing $500,000 to support a feasibility study for the design, construction, and operation of a high-speed passenger ferry powered by hydrogen fuel cell technology and a hydrogen refueling station. The fuel cell would provide power for the ferry’s propulsion and auxiliary electrical systems, while the hydrogen refueling station -which would be the largest in the world – would service the ferry, electric cars, buses and fleet vehicles, and other maritime vessels powered by fuel cells.

“This study is just one more way in which MARAD is working to find new and efficient technologies for use in the maritime industry that offer clean-fuel options to cut emissions,” said Maritime Administrator Paul ‘Chip’ Jaenichen. “The U.S. maritime industry can play an important role in reducing the world’s carbon dioxide emissions and creating a more sustainable future for us all.” 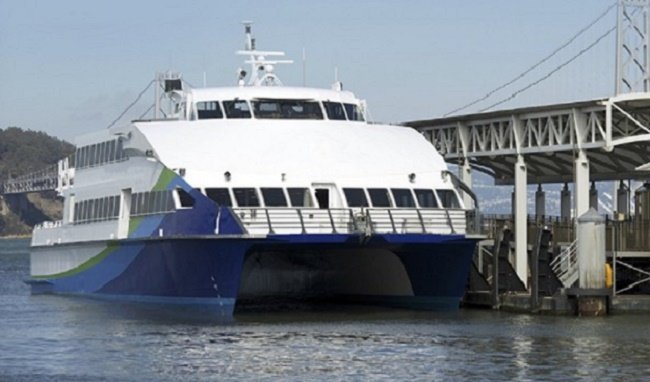 MARAD has partnered on this project with Sandia National Laboratories of the U.S. Department of Energy (DOE) which will lead the research effort. The study will examine the technical, regulatory, and economic aspects of a high-speed hydrogen fuel cell vessel as a clean energy alternative.

This study is part of ongoing work by MARAD’s Maritime Environmental and Technical Assistance Program (META) and the maritime industry to conduct research, testing, validation and documentation of fuel cells for marine applications. The work complements an ongoing joint project to demonstrate fuel cells to provide auxiliary power for other port and shipboard applications such as powering refrigerated containers and replacing diesel generators. MARAD is also funding an effort to demonstrate a fuel cell for ship auxiliary power for its school ship KENNEDY, which is used by Massachusetts Maritime Academy as a training vessel.

The META Program is administered by the Maritime Administration’s Office of Environment and is designed to foster collaboration with maritime stakeholders to address emerging environmental challenges.