You are here: Home › Shipping News › Marine Helicopter Crashes in the Gulf of Aden While Landing Onboard USS Mesa Verde
TwitterFacebookLinkedInPinterestBuffer

A U.S. Marine Corps CH-53E Super Stallion helicopter assigned to the 22nd Marine Expeditionary Unit (MEU) crashed at 2:00 p.m. (GMT), on 1st September, at sea in the Gulf of Aden as it attempted to land aboard USS Mesa Verde (LPD 19).

The crash was not a result of hostile activity. The aircraft was transferring the Marines and Sailors back to USS Mesa Verde from training ashore in nearby Djibouti. 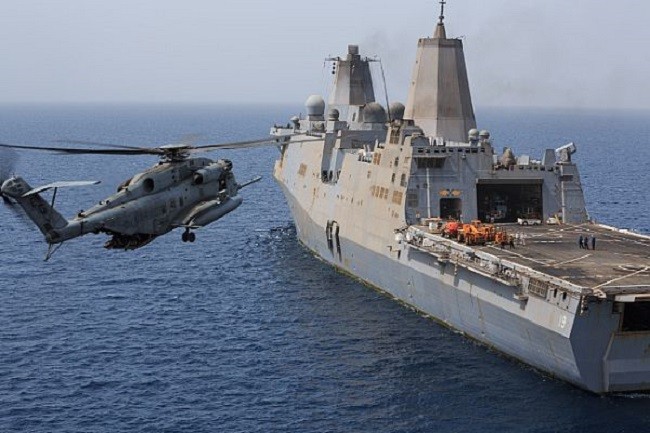 The Navy and Marine Corps will investigate the cause of the crash.

USS Mesa Verde with embarked elements of the 22 MEU is part of the Bataan Amphibious Ready Group currently on a scheduled deployment to the U.S. Central Command Area of Responsibility where it is conducting maritime
security operations.

Outlining The Next Generation Of Ship-To-Shore Connectivity

Acta Marine CSV Passed The Halfway Mark
Want to share your tips and advice? Got questions? Visit the community forum to ask questions, get answers, meet people, and share your tips!