The crew of a vessel that saved seven seafarers from a burning car carrier in the Pacific and rescued nine others are to receive a prestigious award from the United States Maritime Administration (MARAD).

The Gallant Ship Citation Award is to be presented to the crew of the Green Lake who took their action on New Year’s Eve, 31 December 2018.

The crew onboard the Central Gulf Lines-operated vessel – who are members of the US Seafarers International Union, International Organization of Masters, Mates & Pilots and Marine Engineers’ Beneficial Association – were the first responders to a coastguard alert that the Panama-flagged car carrier Sincerity Ace had caught fire while sailing from Yokohama to Hawaii. 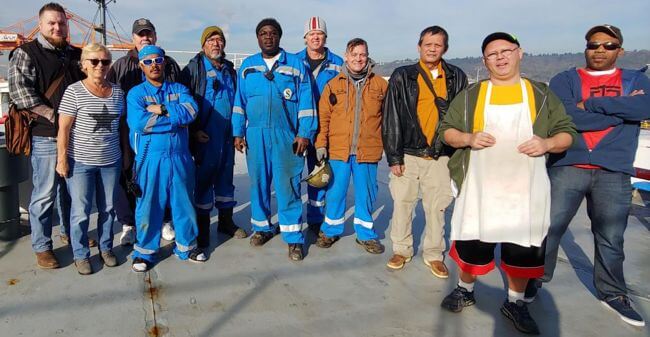 The crew of the Green Lake used their rescue training to save seven people from the burning ship and rescue nine others in an 18-hour operation during poor weather. Unfortunately, five people from the vessel were not recovered. Three other merchant ships, US Coast Guard aircraft and a US Navy Poseidon also joined the search operation.

The citation, made to vessels for “participating in outstanding or gallant action in a marine disaster or other emergency to save life or property at sea”, has not been presented since 1994, and is given in recognition of the crews’ “unprecedented rescue efforts in response to a terrible fire aboard a foreign-flag vessel.”