MAN Diesel & Turbo has received an order for an MAN 6L21/31 engine to power a newbuilding cadet training sailing ship for the Defence Ministry of the Republic of Indonesia. The engine will be used to power the 110m ‘Kri Bima Suci’ and up to 200 persons on board when not propelled by sail power. The ship is currently under construction at the Freire Shipyard in Vigo, Spain.

Lex Nijsen – Head of Four-Stroke Marine – MAN Diesel & Turbo, said: “We’re very happy to have won this unusual order, unusual in the sense that orders anywhere in the world for the building of such a large sailing vessel of 100m and over are few and far between.”

He continued: “In this particular case, we enjoy a long and fruitful relationship with the Indonesian Navy, which already uses MAN engine types in its fleet, and – in this respect – an MAN engine was the natural choice for such a fine vessel. I also feel that fulfilling the demands for such an unusual application bears testament to the strength of our medium-speed programme.” 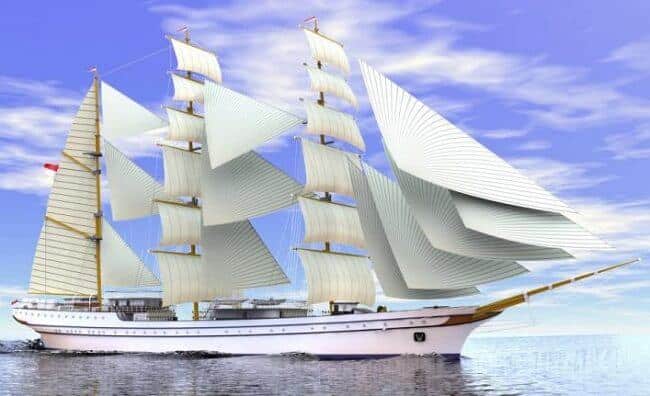 MAN Diesel & Turbo has prior experience with sailing ship orders and has previously re-engined the 113-m ‘Esmeralda’, a 4-mast barquentine, for the Chilean Navy. Similarly, in 2006, the company re-engined the 104-m ‘Fregata Libertad’ for the Argentinean Navy.

Such tall ships often have a dual purpose where, besides training new recruits, they are often used in courtesy visits to other countries as, by nature, their presence can be viewed as more diplomatic than that of a modern, naval vessel.

The company has had many dealings with the Indonesian Navy in the past and recently signed a contract for the delivery of MAN 20V28/33D STC engines for two frigates due to enter service in 2017. These engines represent a generation change within the Indonesian fleet that has been powered for many years by MAN Diesel & Turbo 28/33D and Pielstick-branded engines.
As with the 20V28/33D STC engines, the new 6L21/31 engine will also be built by MAN Diesel & Turbo.

The Indonesian Navy is the largest in South East Asia with some 74,000 active personnel and more than 150 ships in active service, including attack submarines. Its current, stated aim is to become the most technologically advanced navy in the region. To this end, it has established a building programme with a target of increasing its fleet to 250 vessels by 2024.