Further research has led to new possibilities for this engine leading to exciting new prospects for multi-fuel combustion including the combustion of waste gas. 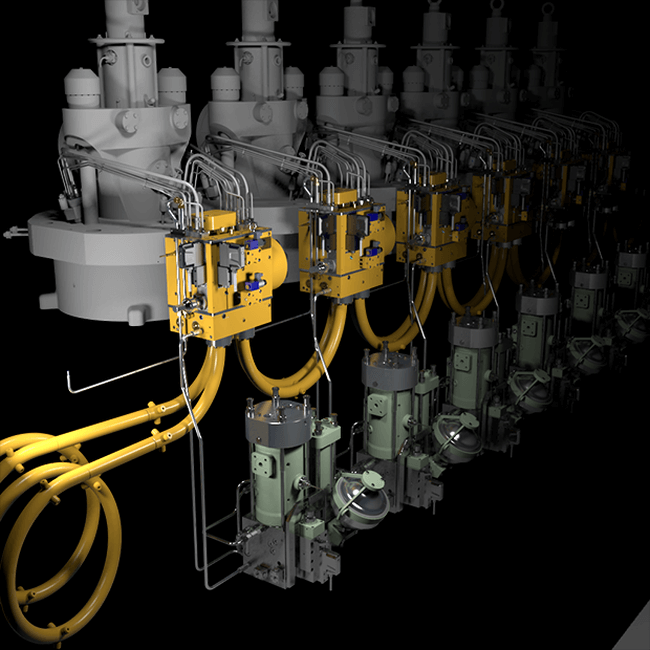 “The ME-GIE engine was originally designed for the combustion of ethane gas, however, research has revealed that it is possible to operate the engine on volatile organic compounds as well. Accordingly, it is also a potential solution for the propulsion of shuttle tankers and VLCCs,” said René Sejer Laursen, Sales & Promotion Manager at MAN Diesel & Turbo.

The benefits of the diesel-type combustion are now fully exploited in the ability of the two-stroke engine to run on almost any gas quality without efficiency reductions, and in the complete combustion maintained by a relatively high gas injection pressure.

The engine will be able to run on a mixture of LPG, among which are included VOCs, and methane or ethane with unchanged gas mode efficiency. The mixture may contain as much as 50 % LPG and the findings so far indicate that even larger amounts of LPG may be added to the gas.

MAN Diesel & Turbo sees significant opportunities in the development of this engine since the engine may also run on almost any form of waste gas. The waste gas could be the light hydrocarbons or volatile organic compounds (VOCs) emitted from crude oil during storage and when loading/unloading of crude oil. This opens for new applications of the engine in for example shuttle tankers, for power generation in remote power plants or in off-shore applications, such as floating production storage and offloading vessels (FPSOs), where waste gas is abundant and poses a potential environmental hazard.

Tier III operation can also be met in combination with selective catalytic reduction (SCR) systems, either low- or high-pressure SCR.

The engine can be delivered in the power range 5-90 MW.