MAN Diesel & Turbo has contractually agreed to acquire a 40 percent participation in Aspin Kemp & Associates (AKA). AKA is a Canadian company, based in Montague, Prince Edward Island (PEI) which specialises in power supply, energy management and drive systems for marine applications. The company employs around 120 persons at five locations around the world and about 100 people in its PEI locations. AKA co-founder Jason Aspin will remain with the company as Managing Director and shareholder. Neale Kemp as the other founding partner is retiring from active business operations and selling his shares in AKA.

The investment is part of MAN Diesel & Turbo’s strategic development program, “Basecamp 3000+”, launched in 2016. As part of this program, the company announced strategic acquisitions and partnerships to expand its product range with respect to the global trends of decarbonisation and digitalisation. 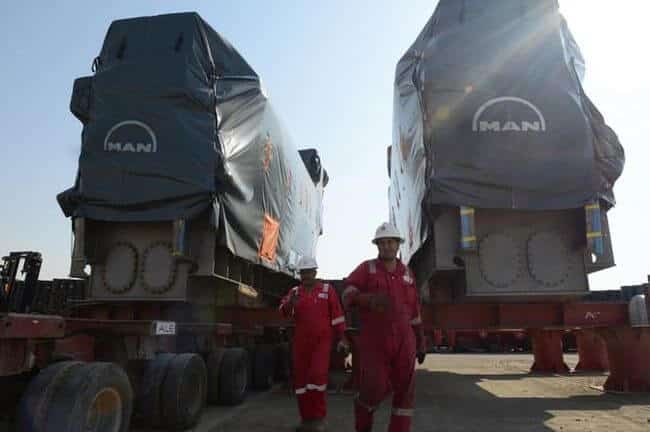 “The partnership with AKA is a key element in our strategy to strengthen our role as technological forerunner in the field of marine propulsion”, explains Dr Uwe Lauber, CEO of MAN Diesel & Turbo. “AKA’s specialised expertise links battery storage systems and marine engines. The new cooperation marks an important step on the way to further establish ourselves as a principal system supplier for energy management on board ships.” Energy management systems provide fully automatic control and optimise the power distribution of drive components of ships.

“As the world’s premiere designer and manufacturer of marine propulsion systems, MAN Diesel & Turbo is the perfect partner for us,” adds Jason Aspin. “We benefit not only from the global prestige of the brand, its global sales network and customer base, but also from the top-class engineering and machine building competence in the fields of engines, exhaust gas after treatment and gas and propulsion systems.”

Barend Thijssen, Vice President MAN Diesel & Turbo and Head of Sales & Promotion Four-Stroke Engines & Marine Systems, adds: “AKA is a technological pioneer in growth niches that are of decisive importance for us, for example in the integration of battery storage technology for hybrid drive systems for the maritime sector. Hybrid drives are becoming ever-more important as they help to improve efficiency and at the same time reduce emissions.”