In reference to new Chinese law that aims at tightening restrictions against the import of shipments of scrap metal, two container shipping firms have backed out of accepting scrap cargo to China. As the world’s largest scrap importer, the present situation is yet to clear the confusion in the air, stated Waste Today Magazine.

Germany-based firm Hapag Lloyd and Switzerland-based Mediterranean Shipping Co. (MSC) have, according to online reports announced deadlines beyond which they will not accept scrap metal as cargo to ports in the Chinese Republic.

The notice, which takes effect in September seeks to hold carriers and importers responsible if the return and disposal of solid waste fail to meet import requirements. Notice also indicates commodities like waste paper, waste plastic, waste chemicals, metals, etc. as “waste” instead of a secondary commodity. Violations include possible fine imposition and return of shipments by order of customs. 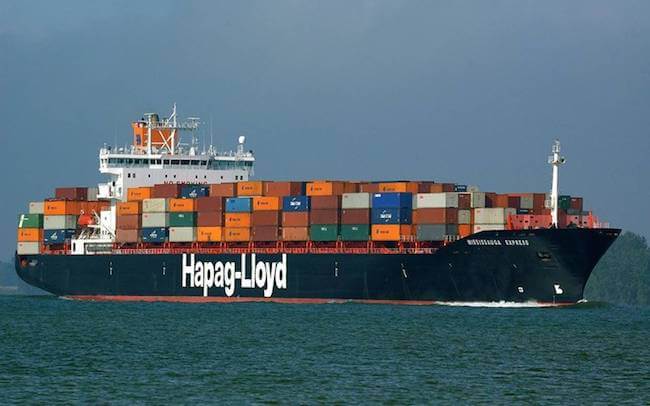 The law has, however, only unfolded more confusion than it was at the beginning of 2020. This is because, while Chinese government agencies have repeatedly indicated towards the ban, they have also lowered tariffs on non-ferrous scrap shipped from the US. The uncertainty and lack of transparency are causing problems and leading to a reluctance among recyclers who are on the fence about even shipping high-grade aluminium and copper.

Some sources close to scrap traders assure that non-ferrous scrap will be recategorized as a “resource” rather than “waste”, but customs agency is yet to be oriented on it. Micheal Lion, chair of the International trading committee of the Brussels-based Bureau of International Recycling (BIR) is of the opinion the lack of definitive timeline could be due to abundant reasons, not least the [lack of] implementation procedures and necessary training to undertake them, as reported to Recycle Daily.

As recent as mid-June, Chinese government agencies carried our raids to recycling facilities suggesting hostility and referring to imported solid waste as “foreign garbage” or “illegal trash imports”. Scrap Buyers are hence, still scared to commit but persistent lobbying of the Scrap Industry to ensure a continuous supply of solid waste has restored optimism about the upgrade of high-grade copper and aluminum to a resource category.

Meanwhile, looking to increase the potential of melting copper scraps domestically, some China-based metal producers and two investments in the United States have announced investments to melt scrap to ship ingots to China, for the same
Similarly, Nine Dragons Paper Ltd., a Hong Kong-based company is among the few that have invested to convert US-sourced scrap paper into pulp to ship into China.