An oil tanker caught fire after a massive blast off the coast off Lamma Island in Hong Kong on Tuesday, killing one crew member.

23 crew members of the 26 were rescued from the water by the marine police boats, whereas two personnel are still missing. Efforts are going on to find the missing. 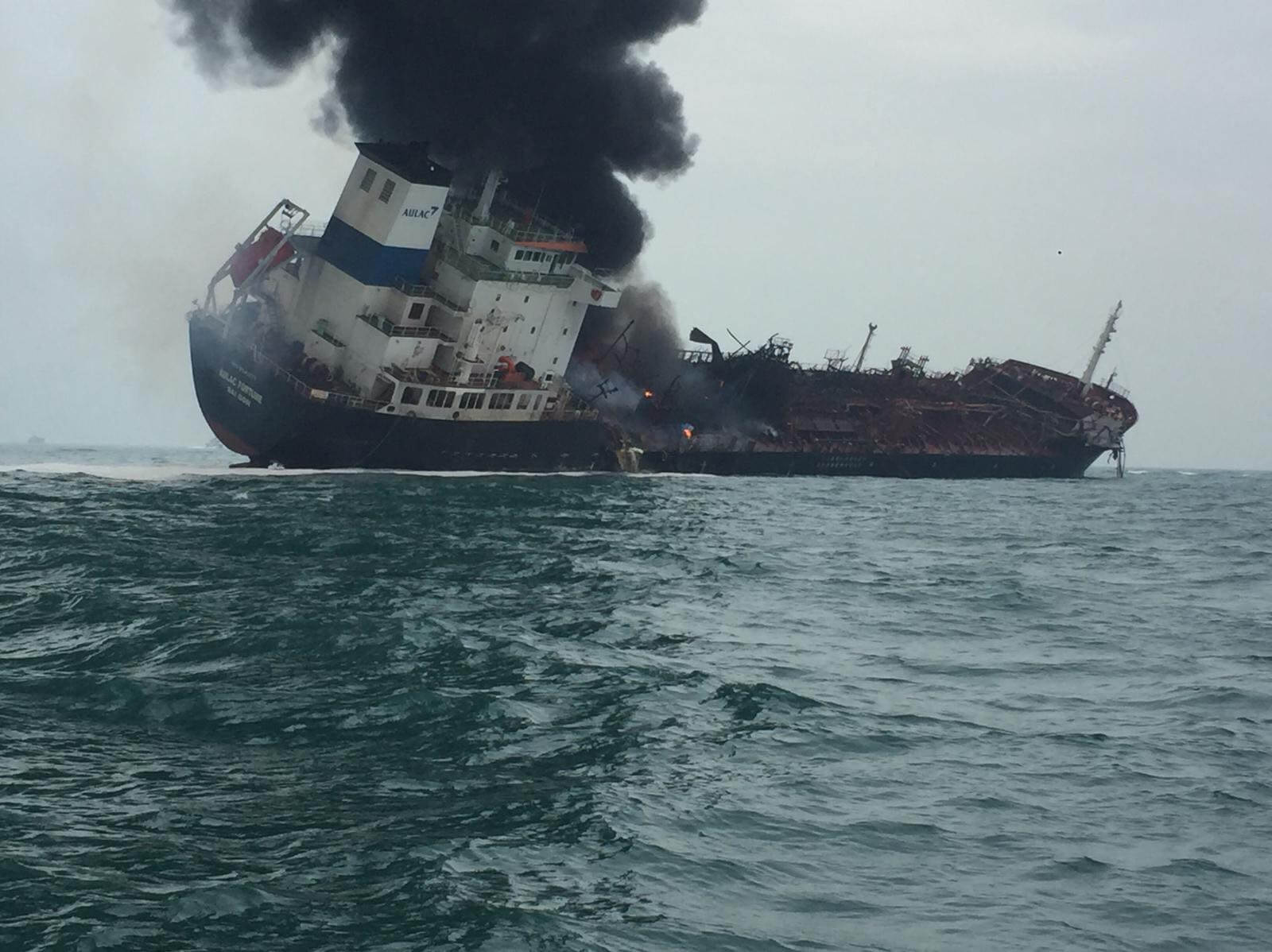 The 11,000-ton, oil and chemical tanker, Aulac Fortune, is registered in Vietnam and was en route to Hong Kong from the southern Chinese port of Dongguan, according to ship tracker Marine Traffic.

Reports state that there is significant damage to the ship’s hull from the blast and tanker was heavily listing as black smoke came from its mid-section, as the fire appeared to be largely extinguished.