Maersk Line is taking the fight against corruption into the classroom in the form of a new course at the World Maritime University in Malmö, Sweden.

Kristin Berglund, Head of Anti-Corruption in Maersk Line and Dr. Lisa Froholdt collaborated on the course at the World Maritime University in Malmö. 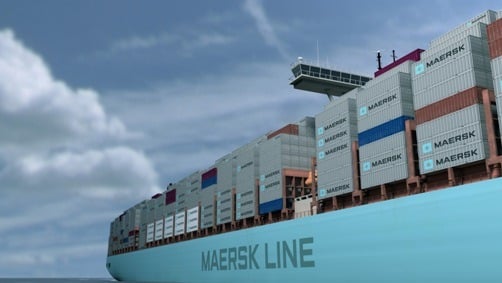 “The officials come aboard and they make it very clear they want something. They open their bags and lay them out on the windowsill. That’s the signal. Then there’s an intense battle of wills, a negotiation where seafarers are asked for something they won’t give. It’s very stressful, and the relief when the officials disembark is overly felt. The tension is so thick you could cut it with a knife.”

Dr. Lisa L. Froholdt recounts her recent experience aboard a Maersk Line vessel. Assistant professor at the World Maritime University (WMU), in Malmö, Sweden; Froholdt was invited to sail with Maersk Line to witness first-hand how Captains deal with demands for facilitation payments in preparation for a new anti-corruption course held at the WMU this year.

Corruption on the curriculum

Corruption has long been a challenge in the shipping industry, particularly in the form of facilitation payments – small payments such as cash, cigarettes or soft drinks sought by low-level public officials to perform routine duties.

Corruption is a big battle but I see that education plays a very important role. In 10 years’ time, one of these students might be in an important place to make a change.

Maersk Line helped develop the course – known as CORA – together with WMU as a way to bridge the gap between the private and public sectors on the corruption agenda; providing funding together with the A.P. Møller Foundation, and by offering to mentor any student who starts an anti-corruption initiative after they return home.

“The course establishes a common platform and exploration of corruption, its root causes and what can be done to create change,” explains Kristin Berglund, Head of Anti-Corruption in Maersk Line who collaborated with WMU on the project.

“The risks to us in the maritime industry from corruption are so great that an internal compliance programme is not enough to protect our own company and employees. We hope to collaborate further with the students when they return home. Corruption is a vast and complex problem, but it is not an impossible challenge if we work together.”

For the students – most of whom work in maritime authorities, many in high-risk countries – the course got to the heart of a very real problem that pervades the maritime industry across the world. Despite the sensitive nature of the topic, there was a strong willingness to share experiences.

One student relayed how in his country there are thousands of ghost employees on public payrolls. “What do the rest of the employees do? Nothing. They are just names on a list. They got there via corruption because somebody knows somebody.”

Another student revealed that he had suffered sleepless nights after receiving threats to his family’s safety, and eventually resigned from a position at a port after having been pressured into using company funds to pay for a manager’s holiday.

An important message for me was that public service can be done without corruption. It’s a duty to serve people.

Nino Gorgoshadze From The Maritime Transport Agency In Georgia

But what also became clear during the week is that corruption is not just something that exists on the part of public authorities, but also something that is present within the private sector, and both sides have to take ownership of the issue.

As Captain Hossam Eldin Bakr, Lecturer at the College of Maritime Transport, Egypt, pointed out:

“Some companies engage in corruption in developing countries to get their business done. So they are complicit. How can you apply one rule in your country and ask for something different in other countries? We need to fight corruption as a whole. You cannot catch the tail and leave the head.”

The hope is that the training will provide future leaders of the maritime sector with the knowledge and tools to help in fight against corruption.

“Corruption is a big battle, but I see that education plays a very important role,” said Captain Bakr.

“It might take a long time to get into the system and inspire people, but if we incept these ideas to today’s students, in 10 years’ time, one of them might be in a place to make a change.”

Nino Gorgoshadze from the Maritime Transport Agency in Georgia said she now felt inspired to stand up against the issue immediately. “There are 47 countries represented here and it gives the message as to what is moral and what is not. We have learnt how widely corruption can spread, and become aware of the consequences it can have.”

“An important message for me was that public service can be done without corruption. It’s a duty to serve people. If your education is not in tune with these core values, you cannot serve your country.”

“If you see corruption and there are high-level people involved it’s not always easy to do something. But if you don’t take steps to prevent it, you are part of the system. So somehow you have to find a way. To be silent is not a way out,” says Gorgoshadze.