A.P. Moller-Maersk’s oil subsidiary said on Monday it will shut Denmark’s largest gas field in 2018 if it cannot find an economically viable solution for the ageing site by the end of this year.

Its threat adds pressure on the Danish government from energy companies to adjust taxes on oil and gas production. They say the slump in oil prices means investing to extract the remainder of the country’s declining reserves is no longer economically viable.

The Tyra complex produces around two thirds of Denmark’s gas, according to Maersk. But the company said the field was approaching the end of its operational life after more than 30 years of production and due to subsidence of the underground chalk reservoir, and it would close the field in October 2018 if it became uneconomic to continue.

“We’re closing down for safety reasons and not due to the oil and gas prices. But of course we look at the prices when looking at this large, long-term investment,” the head of Maersk Oil Denmark, Martin Rune Pedersen, told Reuters. 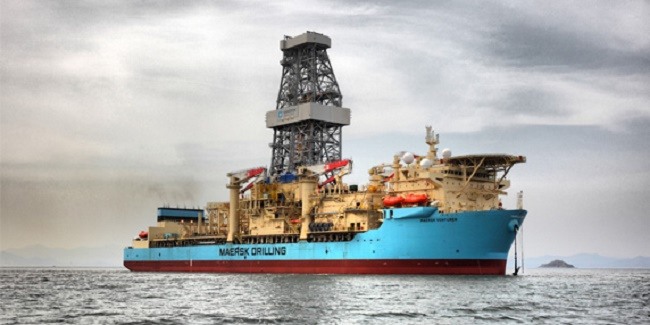 Energy minister Lars Christian Lilleholt told Reuters in October that the government would look at introducing tax credits for investments in North Sea oil and gas production, but said he was awaiting recommendations from a group of experts looking at the issue.

“It seems pretty obvious that if the taxes are not adjusted, then we will see a scale down,” Sydbank analyst Jacob Pedersen said.

Denmark’s tax proceeds from the North Sea have fallen gradually from 36 billion Danish crowns ($5.5 billion) in 2008.

In December the government said it expected tax revenues from oil and gas of just 4 billion crowns this year, but that was based on an oil price of almost $50 per barrel — far above the current $38 level for Brent.

The former centre-left government increased taxes on oil and gas in 2013 so that the state now gets around 65 percent of the profit from the production.

The Tyra complex is a hub for a number of smaller facilities and more than 90 percent of Denmark’s gas — 60,000 barrels of oil equivalents last year — is processed through the field.

Maersk Oil has been mentioned in Danish media as a possible buyer of DONG’s 60 percent stake in the Hejre project.

“It makes good sense to see how one can take advantage of existing activities and installations in the area. But we must see what the Herje consortium decides on,” Maersk Oil’s Pedersen said.