You are here: Home › Shipping News › Maersk Line To Move On River Ganga’s National Waterway From Varanasi To Kolkata
TwitterFacebookLinkedInPinterestBuffer 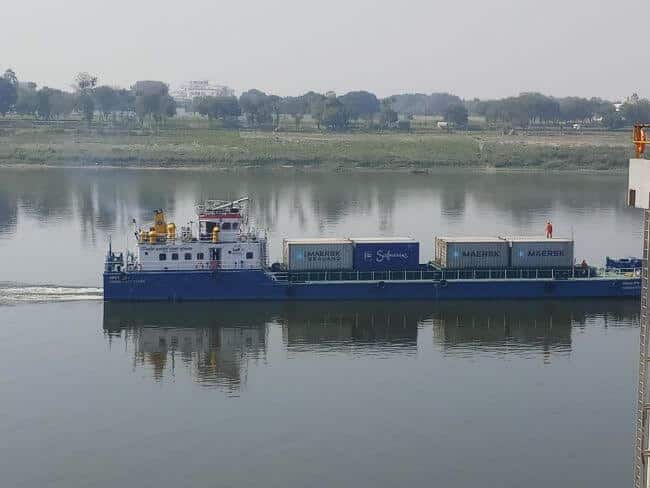 Maersk moving containers on river Ganga follows similar movements already done by firms like PepsiCo, Emami Agrotech, IFFCO Fertilizers, Dabur India. With Maersk on board, the cargo from the hinterland will move directly to and from Bangladesh and rest of the world through Bay of Bengal. 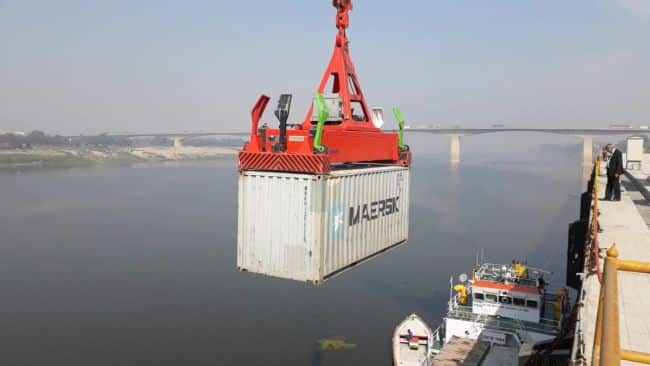 The government is developing NW-1 (River Ganga) under JMVP from Haldia to Varanasi (1390 Km) with the technical and financial assistance of the World Bank at an estimated cost of Rs 5369 crore. The project would enable commercial navigation of vessels with capacity of 1500-2,000 DWT.

The Union Minister for Shipping Shri Nitin Gadkari had flagged off a consignment of Maruti cars from Varanasi to Haldia in August, 2016. Since then pilot movements on National Waterways are currently being done on various stretches. More than 15 of them have already been successfully completed, including integrated movements through NW-1 (Ganga), Indo-Bangladesh Protocol Route and NW-2 (Brahmaputra).