Copenhagen, 30 May 2016 – Maersk Line announces improvements to its network between Asia and North Europe, the world’s largest trade lane. The adjusted network will offer a more reliable product and enhance transit times in key corridors, while delivering operational cost savings.

Maersk Line will eliminate overlapping port pairs in order to reduce the number of direct port calls in the network. This enables increased reliability through slower network speeds while the reduction in port calls make it possible for Maersk Line to maintain competitive transit times. 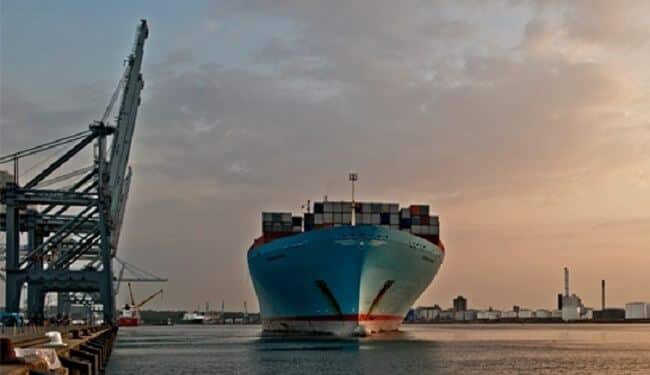 Most significantly Maersk Line strengthens its products into Germany and the Netherlands. They will feature market leading transit times from main Asian markets to Bremerhaven and Rotterdam, where westbound transit times are improved by as much as four days. Eastbound transit time between Rotterdam and Shanghai is reduced by five days, providing a unique product in the market.

A key enabler for the improvements is Maersk Line’s more effective deployment of large container vessels across its five Asia – North Europe services in the network:

“We are utilizing our scale to deliver a better product. With the largest network and the deployment of an increasingly uniform fleet of ultra large container vessels, we maintain our extensive direct coverage while focusing each service towards best in class transit times to specific markets on the trade,“ said Vincent Clerc, Chief Commercial Officer in Maersk Line.

A stable and reliable product

Maersk Line has drawn on experience from the first year of operations of the 2M alliance when adjusting the network. Launched in the beginning of 2015, the 10-year agreement with MSC is the only global alliance not affected by the current shake up among global container shipping alliances.

“Our improved network is the result of a stable, maturing alliance seeking to address current customer-felt pain points. It strengthens our commercial offering and offers shippers a stable choice in times where other alliance networks await reshuffling,” said Vincent Clerc.

The improvements to the network are anticipated to be fully phased in during the third quarter of 2016.

Find service maps and transit times on this link