In Q2, the revenue of A. P. Moller – Maersk grew by 8.4% to USD 9.6bn year on year, mainly due to higher freight rates in Maersk Line. The underlying profit in Q2 improved from USD 134m to USD 389m with Maersk Line contributing with an underlying profit of USD 327m. As a result of post-tax impairments of USD 732m related to Maersk Tankers and APM Terminals, the reported result was a loss of USD 264m.

The performance of A.P. Moller – Maersk in Q2 was mainly driven by a profitable Maersk Line due to continued recovery in the container market and focus on restoration of profitability. Full-year guidance is reiterated for 2017, despite an expected negative financial impact of USD 200–300m in Q3 from the recent cyber-attack. 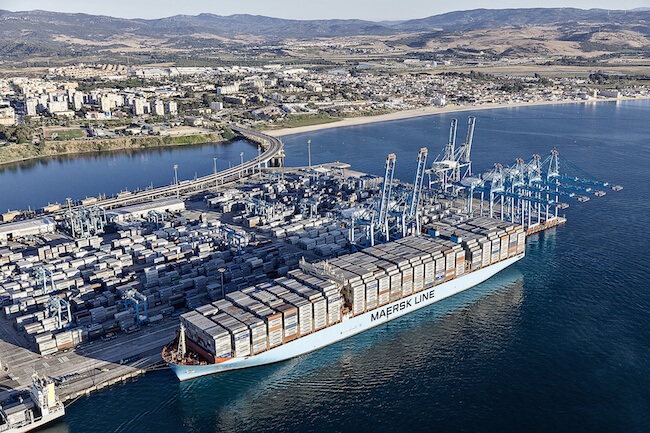 “Maersk Line is again profitable delivering in line with guidance, with revenue growing by USD 1bn year-on-year in the second quarter. The profit was USD 490m higher than the same quarter last year, based on higher rates,” says Søren Skou, CEO of A.P. Moller – Maersk. 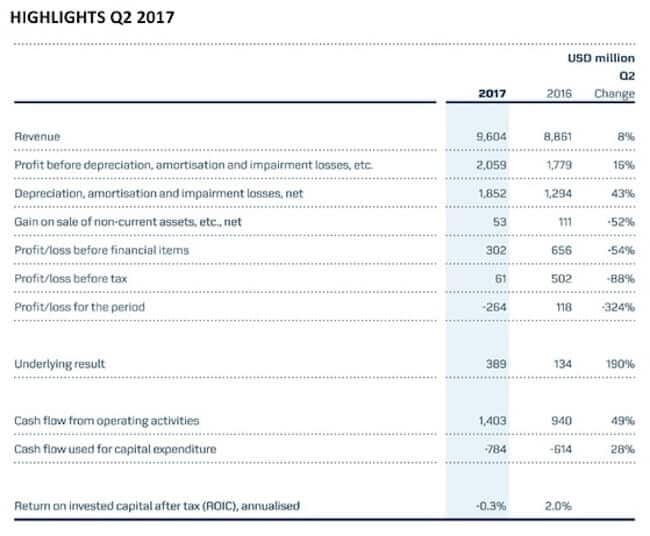 “Focus for the oil and gas related businesses in Energy remain on optimising performance and exploring new business models to strengthen resilience under the current market conditions,” Søren Skou emphasizes.

In the end of June, A.P. Moller – Maersk was hit by the malware “Not Petya” where system shutdowns resulted in significant business impact especially within the container business. Søren Skou elaborates:

“In the last week of the quarter we were hit by a cyber-attack, which mainly impacted Maersk Line, APM Terminals and Damco. Business volumes were negatively affected for a couple of weeks in July and as a consequence, our Q3 results will be impacted. We expect the cyber-attack will impact results negatively by USD 200-300m.”