The largest ship ever to arrive in Israel – the Maersk Hamburg container ship, with the immense capacity of 15,300 TEUs called Haifa Port this weekend. The ship has a length of 354 meters, a beam of 54 meter and a draft of more than 15 meters. 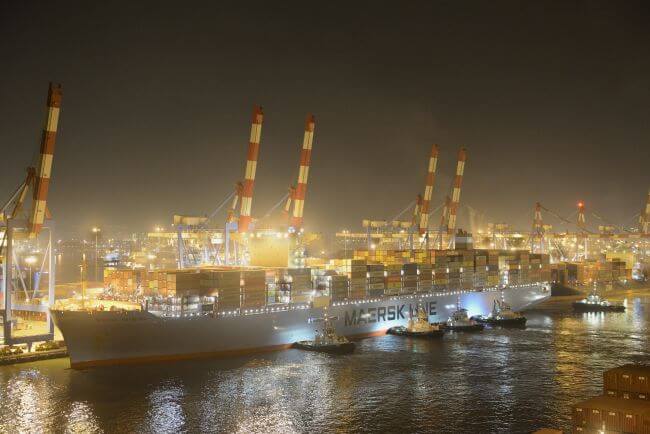 Until recently, it seemed that mega vessels of this size would only be able to enter an Israeli port after the new terminals at Haifa and Ashdod were opened, but preparations at Haifa Port Company that included the acquisition of two new STS cranes for the transporting of containers with such wide beam (21 rows) and dredging the areas by the piers of the Carmel Terminal in the port to meet the immense draft of the ship, gave the Carmel Terminal at Haifa Port the capacity needed to accept the Maersk Hamburg.

The ship arrived in Haifa on a leg of the 2M (Maersk and MSC) line. The line begins at ports of China and South Korea, passes through the Suez Canal, to go directly at Haifa Port. From Haifa, the line continues to the Adriatic, before returning to the East. Starting this week, ships of this size will stop at Haifa Port every week as part of the 2M line. The next ship, Maersk Havana, which was launched last January, is already approaching the Red Sea and will arrive in Haifa on the Israeli Independence Day later this week.

Haifa Port Company Chairman Eshel Armony: “This is a vote of confidence by the world’s two largest shipping companies in the abilities of Haifa Port and in our strength. This is another step towards ensuring a bright future for Haifa Port, and an important milestone in our strategic plan” 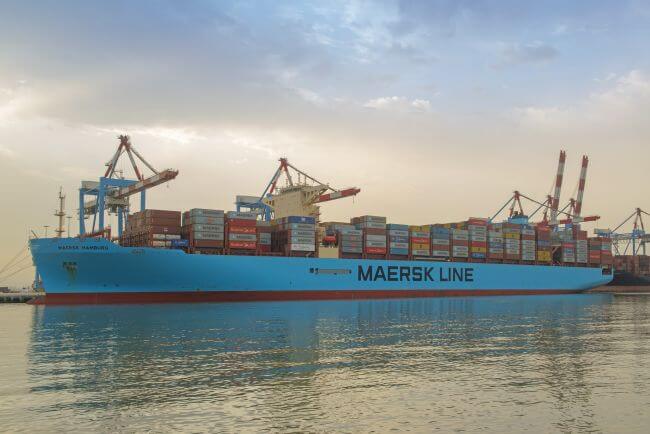 Haifa Port Company CEO Mendi Zaltzman: “Ships of this size, which will now arrive in Haifa, do not come until they thoroughly examine the physical capabilities of the port to receive them, and the operational efficiency to minimize their stay in port. Shipping companies receive excellent service and world-class operational efficiency at Haifa Port, which save them a great deal of money. The arrival of this ship, the first ship to exceed a capacity of 15,000 TEU, was planned for a long time.