The 10,100 TEU capacity Maersk Gibraltar arrived at APM Terminals Pipavav on June 16th, marking both the first call of Maersk Line’s ME1 Service to the facility, and a new record for the largest vessel ever to call Pipavav Port. 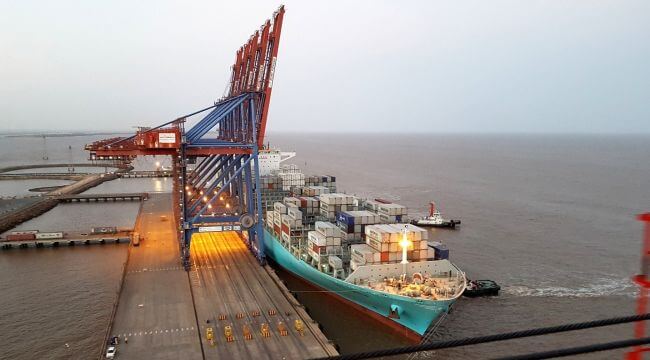