Maersk Drilling has taken delivery of its fourth XLE jack-up rig, the Maersk Invincible, from Daewoo Shipbuilding and Marine Engineering (DSME) in South Korea. Maersk Invincible will now mobilise to the North Sea and will in the second quarter of 2017 commence a five year firm contract with Aker BP for plug and abandonment work on the Valhall field.

Maersk Invincible is the fourth and final rig in a series of four ultra-harsh environment jack-up rigs to enter Maersk Drilling’s fleet. The first three jack-up rigs have been delivered from the Keppel FELS shipyard. 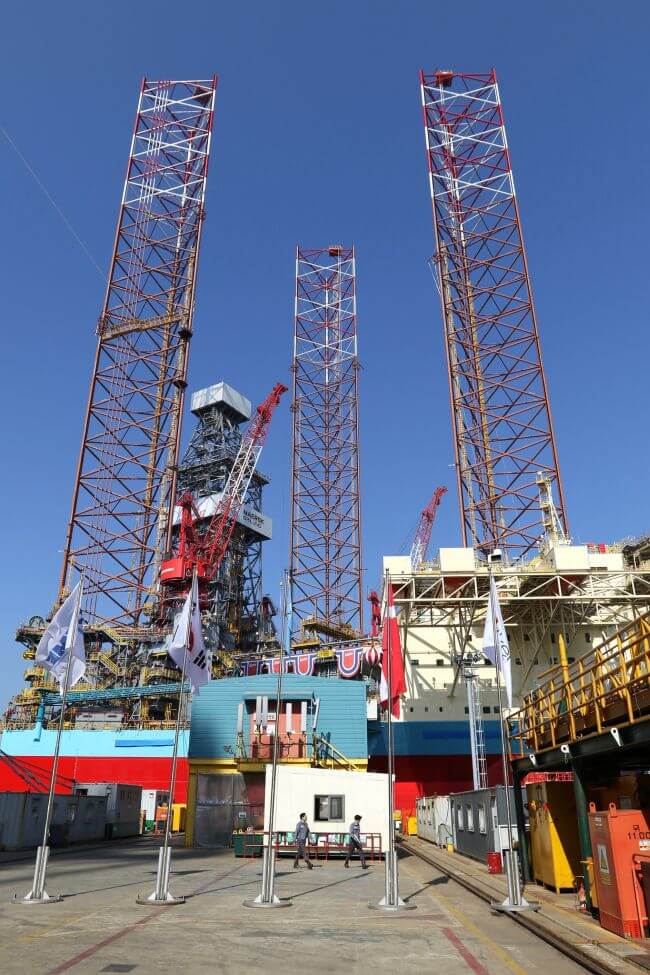 With a leg length of 206.8 m (678 ft.) the rigs are the world’s largest jack-up rigs and are designed for year round operation in the North Sea, in water depths up to 150 m (492 ft.).Uptime and drilling efficiency are maximised through dual pipe handling. 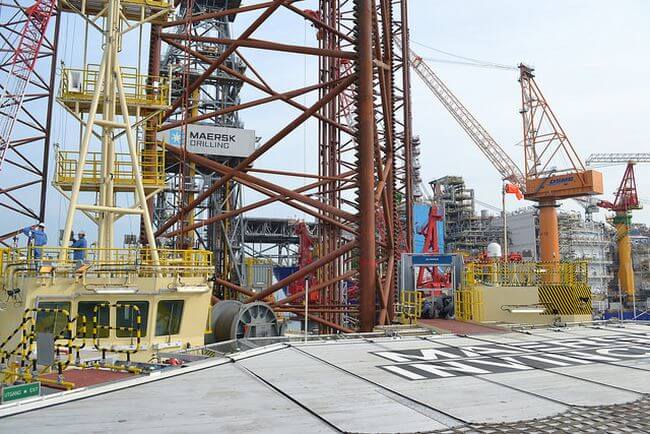 While one string is working in the well bore, a second string of e.g. casing, drill pipe or bottom hole assembly can be assembled/disassembled and stored in the set-back area, ready for subsequent transfer for use in the well bore thus reducing the non-productive time. 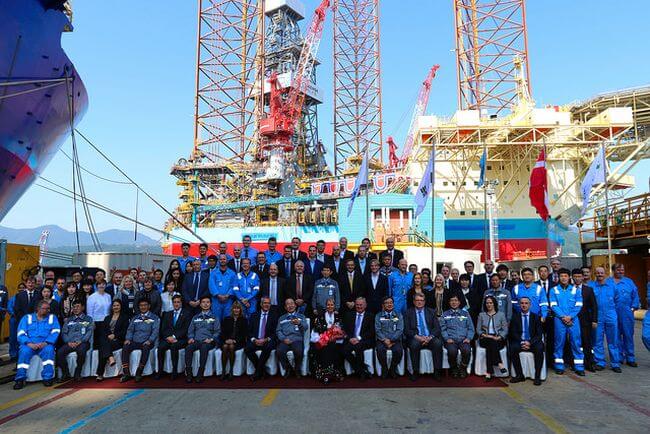 The drill floor features Multi Machine Control – a fully remote operated pipe handling system allowing all standard operations such as stand building and tripping to be conducted without personnel on the drill floor thus ensuring a high level of consistency across crews and an improved efficiency.