With help from digital industrial giant General Electric, data from a large amount of sophisticated sensors on a drilling rig are now being processed and analysed online. The objective: To increase drilling productivity and reduce maintenance costs significantly.

Sensors, algorithms and processing power are about to boost efficiency within Maersk Drilling. 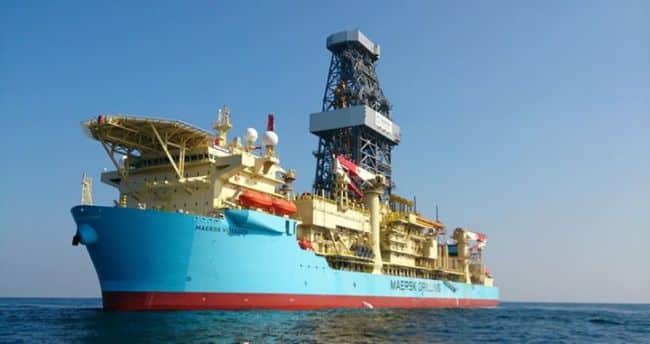 For evidence of this, just take a look at the new ambitious partnership formed by drilling contractor Maersk Drilling and global supplier of industrial equipment and software analytic tools, General Electric (GE).

“We are now starting the journey that will eventually bring us to a point where an installation on every rig will gather and analyse data from hundreds of sophisticated sensors as a part of the daily operations. We are beginning to make the industrial internet of things a reality,” says Jesper Kjær Hansen.
He stresses that the pilot project is the first step in building up a general infrastructure that can be utilized by various vendor solutions and for many purposes based on input from various sensors.

The pilot project has a duration of one year. The overarching target is to reduce maintenance costs by 20% and increase productivity through enhanced operational efficiencies.

“When building the latest addition to our fleet – the XLE jack-ups and the drillships – we installed various sensors for data acquisition. Those sensors are the foundation of these pilots, and I am eager to harvest the benefits from these investments,” says CTO of Maersk Drilling, Frederik Smidth.

The initial infrastructure tests have been conducted on drillship Maersk Voyager, while the pilot projects are about to be carried out on one of Maersk Drilling’s XLE rigs.

The new partnership between Maersk Drilling and GE is prepared for the other business units in the Maersk Group to utilize and take advantage of.

250 sensor data as a beginning
The project seeks to take advantage of the hundreds – or potentially thousands – of sensors already in place on the different pieces of drilling equipment. The projects aim to decide precisely how the enormous amount of sensor data on any given drilling rig can be capitalised.

Operational sensor data from critical pieces of equipment like top drive, thrusters, BOP etc. will be connected to a so called historian, a kind of specialised server that stores the data needed to form a coherent picture of the drilling operation. The sensor data will minutely register how the drilling equipment is behaving and is being operated.

All in all, 250 different sensor signals are being collected from the drillfloor as a beginning.
“The sensor data will give us a more detailed look into the different sub operations carried out on the drill floor enabling the crew to identify best practices, decrease variance, optimize processes and inherently increase our productivity,” says Kasper Karlsen, Head of Performance Improvement in Maersk Drilling.

The pilot project is an important step toward fulfilling Maersk Drilling’s ambition to develop smarter and more efficient solutions at a much lower cost level. All with the purpose of helping customers to reduce total well cost to a minimum.

“With this pilot project we are making a proof of concept that we are ready to move from so called calendar based maintenance into sensor triggered maintenance. We have been preparing this for some time,” says Jens Ulrik Gullacksen, Head of Maintenance & Materials.

Predictive maintenance is a project within Maersk Drilling that strives at creating a new maintenance regime that involves moving away from a traditional calendar-based maintenance scheme. Instead Maersk Drilling is moving towards an algorithm-triggered regime where you only replace a particular part when a sensor data analysis warns you that it is wearing out.

The pilot project is scheduled to run for 12 months after which it will be evaluated. At this point, it will be decided whether to proceed roll-out of the big data project to rest of the fleet.