Maersk Drilling has entered into a definitive agreement to acquire the newbuild harsh environment jack-up rig, formerly named Hercules Highlander, from a subsidiary of Hercules Offshore (Nasdaq: HERO) and with immediate delivery from Jurong Shipyard Pte Ltd (Jurong) in Singapore.

According to the agreement, Maersk Drilling assumes the right to take delivery of the rig and Maersk Drilling settles the final payment of approx. USD 190m with Jurong. After delivery, the rig will be mobilised to the North Sea to commence a five-year drilling contract with Maersk Oil and its partners, BP and JX Nippon, on the Culzean gas field offshore UK. The value of the five-year drilling contract is approx. USD 420m, including a mobilisation fee of USD 9m. 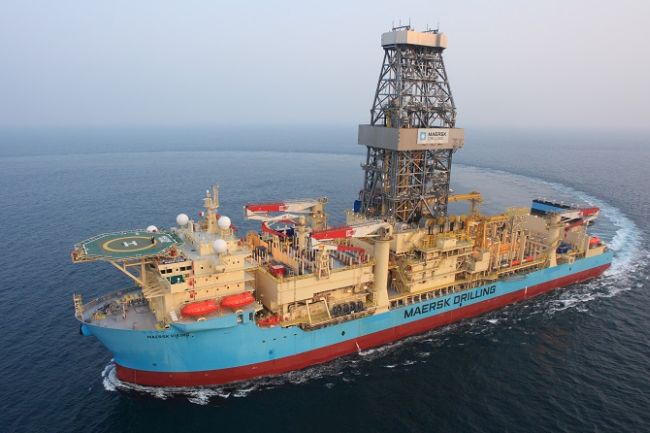 “This agreement represents an opportunity for Maersk Drilling to acquire a newbuild harsh environment jack-up backed by a firm long-term contract. We look forward to working with Maersk Oil and its partners on the Culzean gas field,” says CEO in Maersk Drilling and member of the Executive Board in the Maersk Group, Claus V. Hemmingsen.

The rig design is Friede & Goldman JU2000E, categorised as a 400ft rig, with 30,000ft drilling depth and HPHT (High Pressure High Temperature) capabilities. The rig has accommodation capacity for up to 150 personnel.

The rig will enter the Maersk Drilling fleet under the name Maersk Highlander, and after the acquisition, Maersk Drilling’s rig fleet counts 23 rigs with an additional harsh environment jack-up rig under construction.