Maersk Line ships the most complex cargo. 2014 has involved the transportation of fresh fruit, truck tires, live palm trees – oh – and the world’s largest message in a bottle.

In March 2013, the brand Solo, a Norwegian soft drink company, released a 2.5 tons replica of a soda bottle, outfitted with solar panels, a camera, and tracking technology to the ocean currents of Tenerife, Spain. There was a contest launched for the audience to guess the location where the bottle would end up.

But then – In a page straight out of the next Pirates of the Caribbean-script the 26 feet long message-in-a-bottle was robbed by aquatic pirates somewhere east of Barbados. After 145 days in the ocean, the connection with the bottle was lost. The future of the project looked grim. However, 35 days later, in September 2013 the Venezuelan Coast Guard found the bottle drifting in the beautiful Los Roques archipelago, 100 miles north of the Venezuelan mainland! 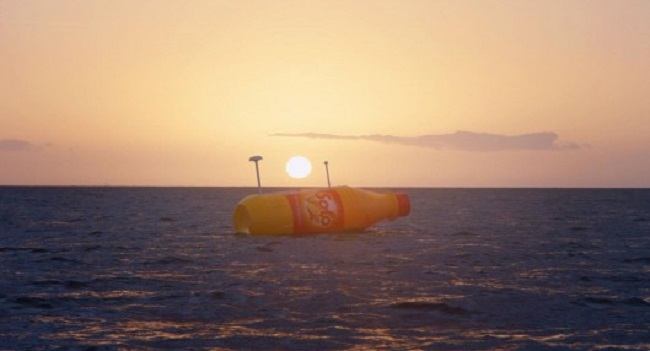 The bottle now required to be returned to Norway. Maersk Line’s special cargo handling capabilities were entrusted with the responsibility to ship the huge bottle safely.

Extraordinary cargo calls for extraordinary measures. Some types of cargo simply do not fit into the standard box why we at Maersk Line – literally – need to think outside the box to find the right solutions.  With a dedicated expert team, an extensive network and many years of commercial and operational experience with special cargo, Maersk Line is up for even the most special task and offer special shipping services that ensure your shipment arrives in the safest, fastest and most economical way. 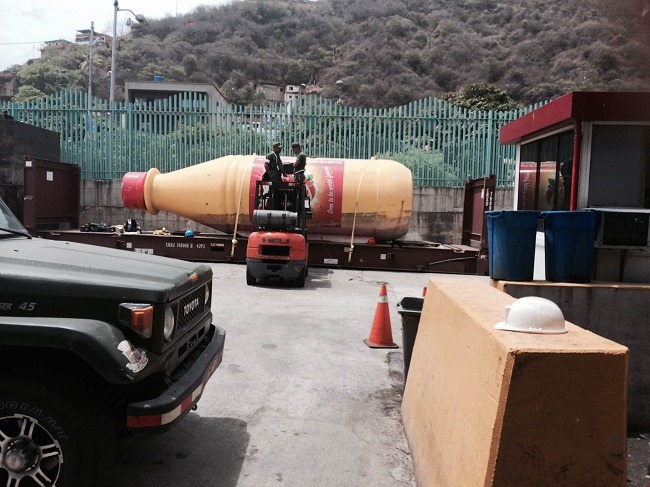 Using these ‘special cargo’ capabilities is how the world’s largest bottle was shipped by Maersk Line from Venezuela to Norway within the time frame so that the campaign could reach its final closure.