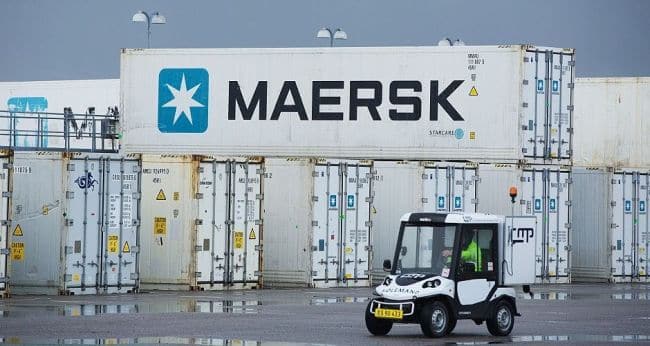 The new service enables customers to book space directly on container vessels via the internet, rather than going through freight forwarders.

The Maersk’s official said the new endeavor offers the existing Alibaba OneTouch users an option to lock in the price of required cargo spaces.Initially the service is available on selected routes as well as ports, and the shippers can pre-pay a deposit amount to book the space, the spokeswoman added.

OneTouch website said the service will be now available on routes from eight Chinese ports to ports in Europe and Asia.

Maersk reportedly stated that the initiative is part of its strategy to deliver digitised services for customers and the company is also planning to launch more pilot programs on third party portals.

The latest logistics move by Alibaba is in line with the e-commerce companies’ efforts to step into logistics activities as it offers better control over their supply chain networks, the news agency said.

Alibaba, which acquired OneTouch in 2010, has been venturing into logistic services by acquiring stakes in couriers, and purchasing warehouses. OneTouch, with its customs clearance and logistics online services, is aimed at small and medium-sized exporters in China, and it also offers the facility to book services including air freight and parcel delivery.

Recently, Amazon.com, another largest e-commerce services provider, has registered a Chinese business as a freight forwarder and also using leased aircraft to manage its deliveries in the United States.