MacGregor will be responsible for the delivery of the Pusnes substructure mooring connection system for the pilot project’s five floating wind turbines. Delivery of equipment is planned from the second through the fourth quarter of 2016 and installation of the wind turbines is scheduled for 2017.

“This contract represents a step change for MacGregor in terms of entering a new industry sector,” says Jan Martin Grindheim, Director, Sales and Business Development, MacGregor Offshore Mooring Systems. “The project hinges on applying proven technology in new applications. MacGregor was chosen for the task because of its long history of designing and delivering very reliable mooring solutions for offshore floating production units for the harsh conditions in the North Sea.” 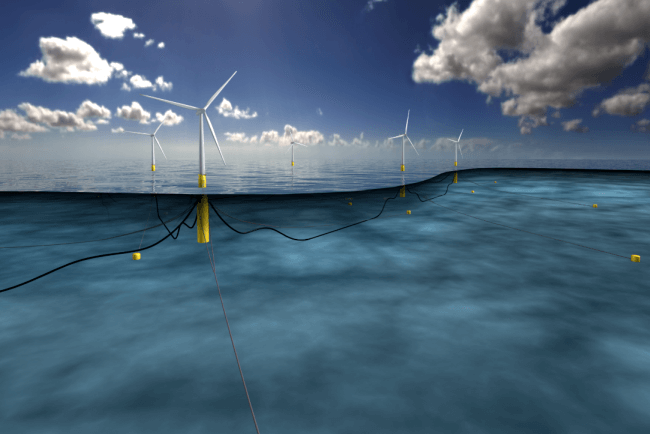 MacGregor will deliver a total of five sets of Pusnes substructure mooring connection systems including instrumentation for load monitoring. The ballast-stabilised turbine structures will each be equipped with a three-point mooring system employing site-specific anchors.

“Statoil is proud to develop the world’s first floating wind farm, further increasing the global market potential for offshore wind energy. We are very pleased with this contract awarded to MacGregor. We are excited that high quality oil and gas suppliers in both Norway and Scotland are able to capture the growing opportunities offered through new renewables growth,” says Stephen Bull, Statoil’s Senior Vice President for Offshore Wind.

Statoil’s floating offshore wind farm will cover an area of about 4.2km² near Buchan Deep, approximately 25km off Peterhead in Aberdeenshire on Scotland’s North Sea coast. The 6MW wind turbines will provide enough electricity for 20,000 UK homes. They will operate in waters over 100m deep, that experience an average wave height of 1.8m.

“To give some idea of the scale of the project, the wind turbines will stand at an overall height of around 258m, which is nearly three times the height of the Statue of Liberty in New York,” adds Mr Grindheim.

The Hywind project is part of Statoil’s activities in New Energy Solutions, the company’s business area developing profitable renewable energy and low carbon solutions. It is designed to demonstrate cost-efficient solutions that will enable the commercial capture of wind energy in deep-water environments. Statoil says that the technology to be used in the project has been tested for six years with excellent results in a demonstration project off the coast of Norway.