You are here: Home › Shipping News › LNG Reduces Shipping GHG Emissions By Up To 21% – Report
TwitterFacebookLinkedInPinterestBuffer

The independent study report launched has revealed that Greenhouse Gas (GHG) reductions of up to 21% are achievable now from LNG as a marine fuel, compared with current oil-based marine fuels over the entire life-cycle from Well-to-Wake (WtW). It also confirms that emissions of other local pollutants, such as sulphur oxides (SOx), nitrogen oxides (NOx) and particulate matter (PM), are close to zero when using LNG compared with current conventional oil-based marine fuels.

The study, commissioned by SEA\LNG and SGMF, was conducted by leading data and consultancy provider think step according to ISO standards. The report, which has been reviewed by a panel of independent academic experts, is the definitive study into GHG emissions from current marine engines.

Commenting on the report, SEA\LNG Chairman Peter Keller stated: “The Life Cycle GHG Emission Study is a long-awaited piece of the “LNG as a marine fuel“ puzzle. It not only confirms what we already knew in terms of LNG’s immediate impact on air quality, human health and its cleanliness but clearly highlights the genuine, substantiated GHG benefits of using today’s marine engines capable of burning natural gas. Moving from current Heavy Fuel Oil (HFO) to LNG does reduce GHG emissions. LNG does contribute to the International Maritime Organisation (IMO) GHG reduction targets. And it is clear that LNG is the most environmentally-friendly marine fuel that is readily available and safe, both today and in the foreseeable future.” 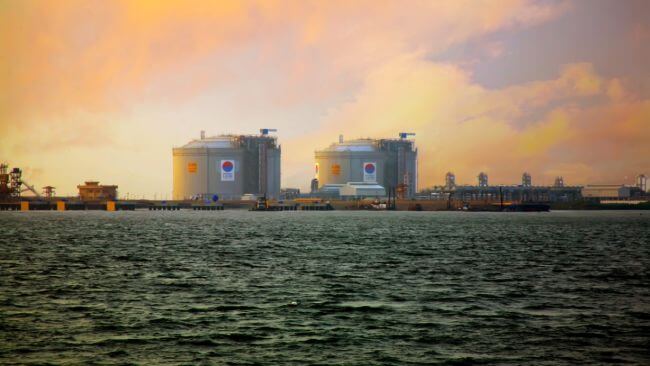 Study partner Chad Verret, Society for Gas as a Marine Fuel (SGMF) Board Chairman, added: “LNG is SAFE to use, fully compliant and readily available as a marine transport fuel. Standards, Guidelines and Operational Protocols are all in place to ensure that the safe way is the only way when using gas as a marine fuel. LNG meets and exceeds all current and 2020 marine fuel compliance requirements for content and emissions, local and GHG. With the world LNG Bunker Vessel fleet doubling in the next 18 months and those vessels being deployed at major bunkering hubs, LNG as a ship fuel is rapidly becoming readily available.”

Ongoing optimisation in supply chain and engine technology developments will further enhance the benefits of LNG as a marine fuel. Additionally, bioLNG and Synthetic LNG – both fully interchangeable with LNG derived from fossil feedstock – offer the potential for significant additional GHG emissions reductions. For example, a blend of 20% bioLNG as a drop-in fuel can reduce GHG emissions by a further 13% when compared to 100% fossil fuel LNG.

Dr Oliver Schuller, Team Lead Energy & Mobility at thinkstep stated: “The main goal of this study was to provide an accurate report of the life-cycle GHG emissions from LNG as a marine fuel compared with conventional marine fuels.”

This is a comprehensive report using the latest primary data to assess all major types of marine engines and global sources of supply with quality data provided by Original Equipment Manufacturers including Caterpillar MaK, Caterpillar Solar Turbines, GE, MAN Energy Solutions, Rolls Royce (MTU), Wärtsilä, and Winterthur Gas & Diesel, as well as from ExxonMobil, Shell, and Total from the supply side. It is quality assured in assessing the supply and use of LNG as a marine fuel according to ISO standards. And objective having been peer-reviewed by leading academics from key institutions in France, Germany, Japan and the USA.”