Mental health awareness should be made a core component of first aid seafarer training, according to Captain Rajesh Unni, CEO and Founder of leading shipmanager Synergy Group. 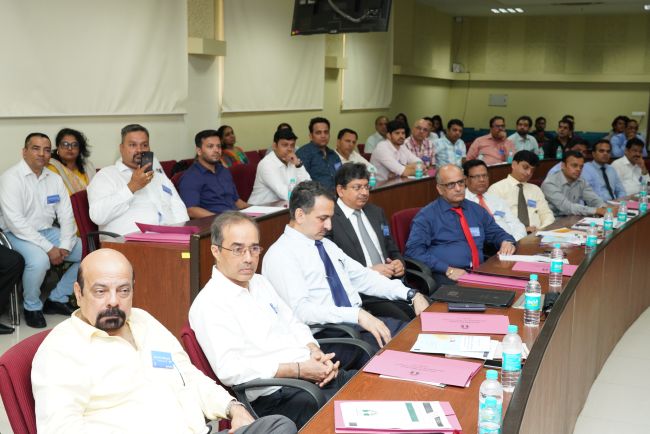 Speaking last week at a day-long training session designed to further the understanding of mental health at sea, he told delegates in Mumbai, India, that more must be done to understand and alleviate the mental strains of life at sea as the dangers became more apparent.

He noted that 5.9% of all deaths at sea were proven suicides. When suspicious cases of probable suicides – seafarers that went missing at sea – were included, the percentage jumped to 18.3%.

“That means almost one in five deaths at sea is a suicide which is absolutely horrific,” he said. “Ashore less than 1% of deaths are suicide. This is a problem that we can’t ignore.

“Shipboard staff should be equipped with the skills to address and promote the psychological wellbeing of seafarers at sea to ensure that no seafarer takes extreme measures because of a lack of help and support. 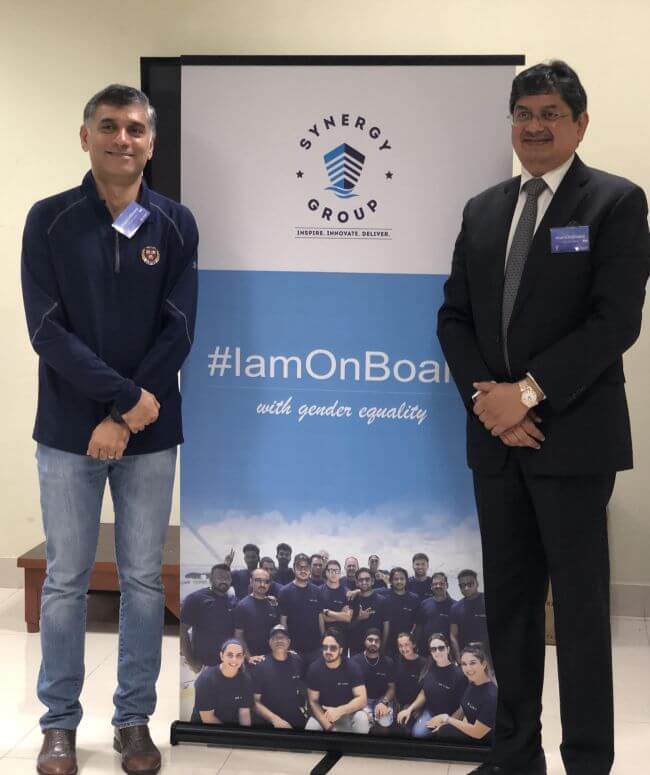 “I think an obvious first step would be making mental health training available to employees of all maritime companies. Ship operators and managers certainly can – and should – offer this training to seafarers starting with officers. It’s the least we owe the teams that serve us 24/7, 365 days of the year.

“Mental health issues onboard ships are hazardous and need to be addressed with the same urgency and commitment with which we address safety-related issues.”

The Synergy Group training event was hosted at the Tata Institute of Social Sciences (TISS). TISS is also the home of iCALL, a free psychological helpline for the worldwide maritime community launched by Synergy Group in October last year which is available to all seafarers 24/7 in nine different languages via phone, email and the chat-based nULTA App.

Opening the event, Mr Kumar said seafarers were on the frontline of global trade and security and their mental health was of paramount importance.

“A lot has already been done to identify the causes of the failing mental health of seafarers, especially in the context of Indian seafarers,” he said. “I am glad that the Synergy Group and Tata Institute of Social Sciences have come together to find a solution through iCALL.”

Dr. Aparna Joshi, Project Director of iCALL, said creating support networks was an essential first step in addressing the mental health of seafarers. “Our aim is to eliminate the stigma around mental health and encourage seafarers to come forth and seek help,” she said.

iCALL is confidential, anonymous and now available in English, Hindi, Marathi, Gujarati, Bengali, Tamil, Telugu, Sindhi and Kutchi. It currently has 14 counsellors all located at TISS offering peer support, supervision and standard professional counselling services. All the counsellors have at least a Master’s degree in Clinical or Counselling Psychology.

“The worrisome fact is that the majority of the callers to the iCALL helpline are in the age group of 18 – 25,” he said. “We want seafarers of all ages to use this service.

“We need our senior officers onboard vessels to understand and enhance mental wellbeing at sea and also respond to the emotional and psychological distress of seafarers onboard, including encouraging them to use iCALL if appropriate.

“In a nutshell, they need to take on the role of wellness champions. Effective training options on wellness and stress resilience awareness are imperative and indispensable in addressing this problem.”