While the federal registrar has refused to delist the permits, the lawsuit argues that Shell Canada’s permits for offshore oil and gas exploration in Lancaster Sound – issued more than 40 years ago – are expired and therefore invalid.

Documents in a federal registry of oil and gas permits indicate that the permits, first granted in 1971, should have expired long ago. These permits are an obstacle to the finalization of the long-awaited Lancaster Sound National Marine Conservation Area. 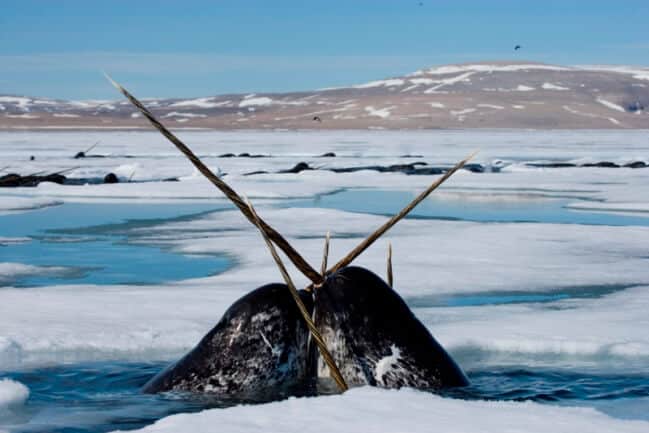 Lancaster Sound is one of the richest marine mammal areas on earth and is home to narwhals, belugas, bowhead whales, ringed seals, harp seals and walruses. The area also harbours one of the highest densities of polar bears in the Canadian Arctic and provides important breeding and feeding habitat for seabirds, including thick-billed murres, black-legged kittiwakes, ivory gulls and northern fulmars.

WWF-Canada, represented by lawyers from Ecojustice, is asking the court to confirm the expiry of the Shell oil and gas exploration permits on the border of the proposed Lancaster Sound National Marine Conservation Area and to order an update of registry records under the Canada Petroleum Resources Act to indicate the expiry of those permits.

David Miller, WWF-Canada president and CEO, said: “Sensitive Arctic ecosystems already face pressure from melting ice and increasing development. We need to ensure quality protections for regions with the most biodiverse and vulnerable ecosystems, such as Lancaster Sound.”

Ian Miron, Ecojustice lawyer, said: “The federal government must take active steps to protect the Arctic ecosystem from dangerous, disruptive fossil fuel exploration instead of standing on the sidelines. Under the law, exploration permits do not stay valid forever, and it’s time the government recognize that Shell’s permits are well past their expiration date.”

Paul Crowley, WWF-Canada’s vice-president of Arctic conservation, said: “In the past, the federal government bureaucracy has relied on these expired permits to propose narrower boundaries for the Lancaster Sound National Marine Conservation Area, over objections from Inuit communities. So long as these permits are allowed to stand, they will continue to obstruct efforts to ensure Lancaster Sound’s ecosystems and wildlife get the protection they need.”

Read the application in full here.