New partners have joined the Open Simulation Platform (OSP) initiative, which aims to create an open source digital platform which will allow the creation of so called “digital twins” in the design of ships. The initiative was launched this week at the Norwegian Maritime Competence Centre in Ålesund.

In July last year Rolls-Royce Marine, The Norwegian University of Technology Science (NTNU), research organisation SINTEF Ocean and classification society DNV GL signed a memorandum of understanding (MoU) with the aim of creating an open source digital platform for use in the development of new ships. 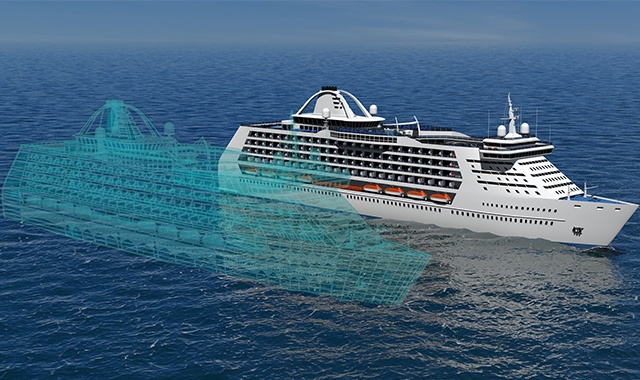 The founding partners are inviting more participants to join to harness the possibilities that exist from working with so called “digital twins”.

A digital twin is a digital copy of a real ship, including its systems, which synthesizes the information available about the ship in a digital world. Using digital twins enable optimization of a ship’s design, maintenance, production and sustainability throughout its entire lifecycle.

“OSP is a joint industry project where the goal is to establish a maritime industry standard for models and system simulation, a standard that will allow companies to reuse simulation models and construct digital twins of existing and future vessels in a safe and more cost-efficient way.”

The project partners will create a collaboration platform that is open for use by other parties, with core aspects built on an open source framework.

“Through working together in a virtual environment, we can achieve a larger degree of interaction between different systems and their owners. We can also avoid individual businesses and developers spending a lot of time on their own testing systems in isolation, without having the opportunity to test how it actually will interact in operation with other systems,” says professor Hans Petter Hildre at NTNU.

Ship designers, equipment and system manufacturers, yards, ship owners, operators, classification societies, research institutes and academia are the typical participants that will benefit from innovating faster together. The platform is also being designed to support model libraries for storing simulated ship concepts, systems and equipment.

The OSP project is not starting from scratch. A prototype is now running with a simulated vessel and a DP system conducting a dynamic positioning operation. Through the cloud, this particular prototype allows different teams in different locations to work together to:

One of the first projects to utilise the new tool is led by Rolls-Royce Marine. The company intends to create a digital twin simulation model to verify a vessel’s power and propulsion system modules and their integration in a virtual test setup.