The Ramform Titan-class vessels are being built at Mitsubishi Heavy Industries’ Nagasaki yard for PGS. Ulstein Power & Control AS has been contracted for a large delivery on ULSTEIN COM® information and communication system to all four vessels. 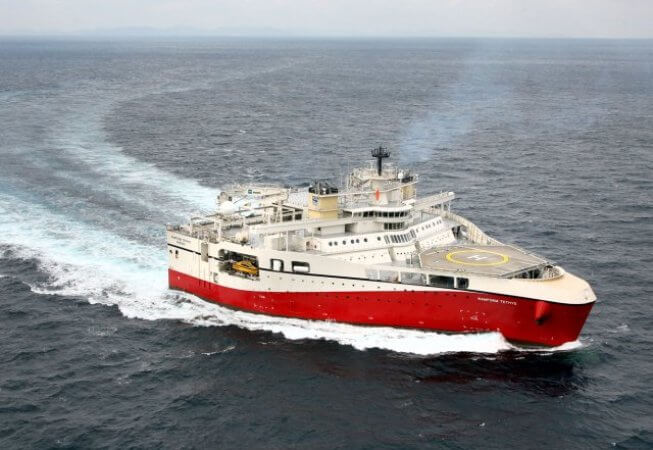 Each vessel is equipped with a complete CCTV system coverage including 60 cameras, a Public Address (PA) system of 300 loudspeakers, a data network including 200 outputs and a full entertainment system including satellite antenna and IPTV.

Ramform Tethys was completed in March 2016. The fourth and final vessel, Ramform Hyperion, will be completed in 2017. Commissioning of the final ULSTEIN COM equipment package will commence in early 2017.

ULSTEIN COM is installed on all four Ramform Titan-class vessels:

The Titan-class Ramform vessels are 70m wide at the stern. The 24-streamer vessels boast the key benefits of productivity, safety, stability and redundancy.