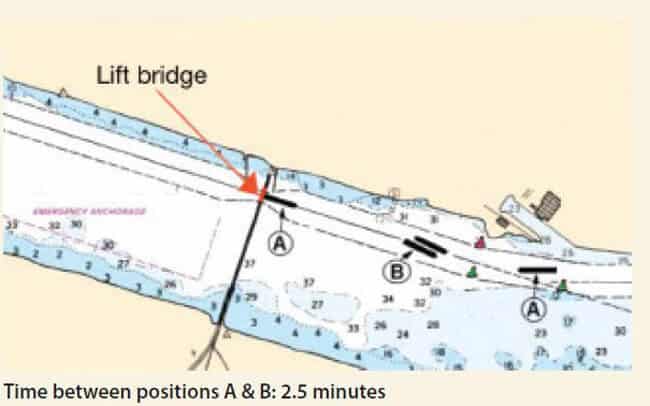 –  Good planning and clear communication is important, even if it is done ‘on the fly’. In this case, the officer piloting the down-bound vessel agreed to meet ‘below the bridge’, but the exact location of the meeting was not specified. As it was, the vessels met at a location that was less than ideal given the relatively narrow channel width, the turn in the waterway, the prevailing currents, and the limited distance available to properly line up the lift bridge approach for the up-bound vessel.

-Never display lights that could introduce confusion for other vessels in respect of your navigation lights.