“Our newest HTS systems are in high demand throughout the maritime industry, and build on the strength and reputation of our entire product line,” says Martin Kits van Heyningen, KVH’s chief executive officer. “Our global coverage, rugged antenna systems, and innovative subscription-based business model are exactly what the maritime industry needs as it continues to move toward digitalization.”

In “Prospects for Maritime Satellite Communications, 6th Edition” (2018), industry analysts at Euroconsult reported that KVH is the market share leader in maritime VSAT by units, noting that KVH’s share of the maritime industry’s fielded VSAT terminals is nearly double that of its next closest competitor, as of the end of 2017. 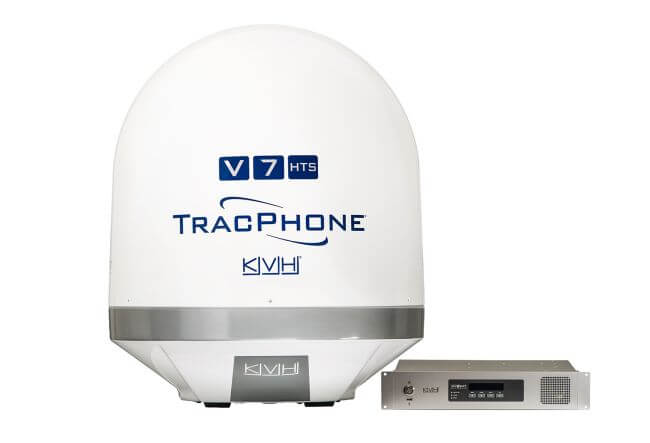 KVH is a mobile tech innovator that provides connectivity solutions for commercial maritime, leisure marine, and land mobile applications on vessels and vehicles, including the award-winning TracPhone and TracVision® product lines, the global mini-VSAT Broadband network, and AgilePlans Connectivity as a Service (CaaS). The company’s Videotel™ business is a market-leading provider of training films, computer-based training, and eLearning for the maritime industry, and its KVH Media Group provides news, sports, and entertainment content with such brands as NEWSlink™ and SPORTSlink™.