Krishnapatnam Port, the country’s largest all-weather; deep water port on the east-coast inaugurated the maiden call of “MV Maersk Bentonville” as part of the direct weekly service from Krishpatnam to Salalah (Oman). The first voyage of Maersk Bentonville discharged 551 TEU’s and loaded 770 TEU’s of exports.

The weekly service is expected to provide fastest and most competitive service to the exporters and importers of Andhra Pradesh, Telangana, Karnataka and Northern Tamil Nadu to the ports of US East Coast, Mediterranean, Europe and Africa. 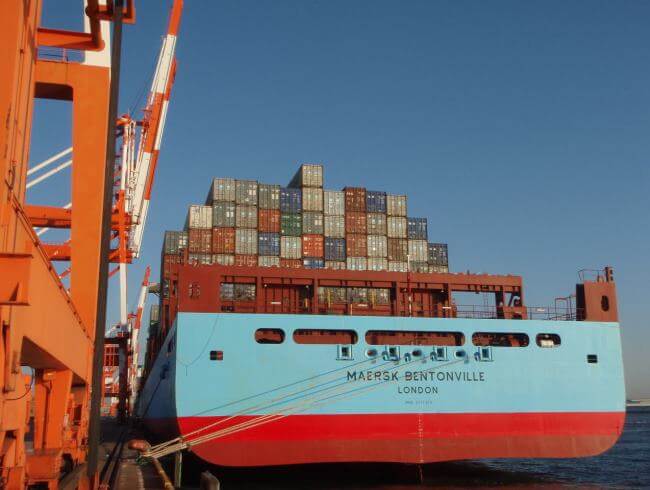 Speaking on the occasion Mr. Anil Yendluri, Director & CEO, Krishnapatnam Port said, “We along with Maersk are happy to inaugurate Salalah – Krishnapatnam Port service. The new service will substantially minimize the cost and transit time in these areas, which will be of a huge benefit to our customers. The service will further get a boost from CONCOR’s new rake service.”

CONCOR has commenced rake service (Two rakes per week) from ICD Bangalore to KPCT and thereby providing hot connection to the Vessel for exports from Bangalore and also the fastest connection for imports clearance into Bangalore.

Speaking on the commencement of new rake service Dr. Anup Dayanand Sadhu, GGM, CONCOR said “The new rake service between ICD Bangalore and KPCT can be increased into a daily service as per the requirements of the trade.”

Maersk team is pleased to announce this service due to the world-class infrastructure available at KPCT and are very happy with the immense support received from the EXIM trade particularly from exporters of Rice, Tobacco, Shrimps, Granite, Gherkins, Cement, etc. and importers of News Print, Furniture, Waste Paper, Machinery, Auto Components, etc.