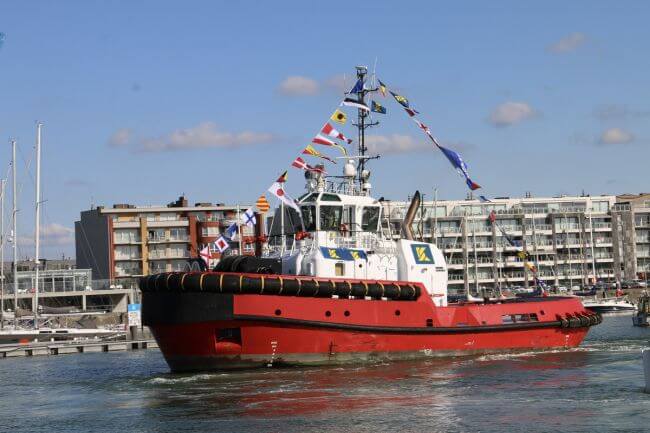 The Southampton is an ASD Tug 2913 and has a bollard pull in excess of 80 tonnes. The tug is renowned for its manoeuvrability and environmentally efficient performance. The naming ceremony of the tug Southampton was performed by Lady Sponsor Mrs. Ariane Labargue, the spouse of Mr. Rik Goetinck, Vice President of the Port of Zeebrugge (MBZ).

Kotug Smit’s General Manager Scheldt Area, Geert Vandecappelle: “As a token of our appreciation for the many years of cooperation between MBZ and Kotug Smit Towage, formerly URS, we invited Lady Sponsor Mrs Ariane Labarque to perform the naming ceremony of our tug Southampton. We are grateful for her commitment.” 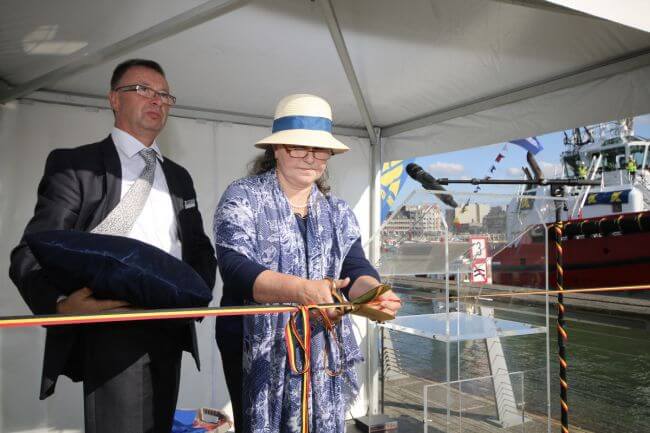 Damen Sales Manager Mijndert Wiesenekker said, “We congratulate Kotug Smit on the occasion of the naming of their new ASD Tug 2913. Southampton is one of four Damen vessels recently delivered to the company. We are honoured to assist Kotug Smit in the continuing development of their European operations and wish them success with this latest addition to their fleet.”