Alongside the most sophisticated Autonomous Underwater Vehicles (AUV) available for Mine Countermeasures (MCM), the KONGSBERG stand (C40) at Underwater Defence Technology (UDT 2017) in Bremen, Germany, will host Kongsberg Maritime’s advanced compact acoustics solutions, which are used on small platforms by Navies in Littoral areas for diverse missions including Anti-Submarine Warfare (ASW), Search and Rescue (SAR) and MCM.

A core focus for UDT 2017 is compact sonars for Littorals. The KONGSBERG product portfolio consists of several solutions for this purpose, suitable for installation on a wide variety of Littoral platforms including Unmanned Surface Vehicles (USV), Unmanned Aerial Vehicles (UAV) and AUVs, in addition to other small remote operated platforms. 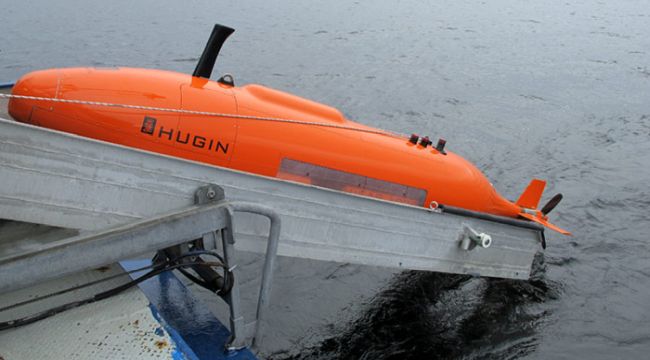 “As the world leader within advanced acoustics and compact packaging of electronics we are able to supply disruptive technology for Navies that dare to take on new concepts,” said Thomas Hostvedt Dahle, Sales Director Naval sonars, Kongsberg Maritime. “We have supplied sonars for ASW in shallow water on small, fast patrol platforms. Our compact acoustic solutions enhance ASW capability by enabling the use of smaller platforms to increase sensor coverage. The concept is robust and forms a new disruptive challenge for attacking submarines.”

KONGSBERG’s Hugin AUVs will also be at UDT 2017. These sophisticated vehicles are used for MCM operations by several countries including Norway, Finland and Italy. They are an especially efficient platform, considering the dual missions of most mine-clearing vessels. During combat operations, Hugin AUVs localise and sweep for mines; in peacetime, they contribute towards bottom mapping and other hydrographic tasks. The two tasks are related, but require the high levels of flexibility and reliability integral to the Hugin design.

The Norwegian Navy, along with other Hugin naval users, is a pioneer in the use of long-range AUVs for MCM activities. Using Hugin for these operations is inherently safer than other methods as personnel can stay outside of the minefield. Hugin and advanced KONGSBERG sensors provide unmatched data quality, while the ability to conduct fast and efficient operations with no surface visibility meets the strategic demands of Naval users.

In March 2017, Kongsberg Maritime signed a contract with the Norwegian Defence Material Agency (NDMA) for delivery of four new, complete HUGIN AUV systems (Autonomous Underwater Vehicles) for detection, classification and identification of mines. The contract expands the Norwegian armed forces’ MCM capabilities, adding to the existing Hugin fleet in use by the Royal Norwegian Navy (RNoN) for over 15 years.

KONGSBERG’s commitment to the development of Unmanned Maritime Mine Countermeasures is on-going. The company will launch a new concept in August 2017, developed in collaboration with Norwegian government and armed forces partners to expand the use of sonar and unmanned vehicles within the MCM operational scope.