On the 19th of December of 2018 one of the largest 19 462 TEU ( 20 feet equivalent unit) capacity vessel “MSC Ingy“ operated by the shipping line “Mediterranean Shipping Company“ (MSC) successfully entered Klaipeda Seaport. It was a trial passage of the vessel. This vessel, attributed to ULCV („Ultra Large Container Vessel“) class vessels, made changes in the history of Klaipeda Seaport and became the largest vessel ever entering the Lithuanian Seaport. Her length overall reaches 400 metres, breadth is 59 metres. Up until now the largest vessels entering Klaipeda Seaport were the container ships with 13 119 TEU capacity, 366 metres in overall length and 48 metres in breadth.

The successful call of „ MSC Ingy“ to the seaport allowed Klaipeda Seaport to entrench in „the highest container league“: only 37 seaports (i.e. approx.7 pct) among 500 seaports worldwide MSC carries its cargo to are ready to accept ULCV class vessels. Up until now only the Aarhus ( Denmark) and Gdansk ( Poland) container terminals have accepted such vessels in the Baltic Sea region.

The vessel has been moored at the quays of JSSC „ Klaipedos Smeltė“ – the owner of successfully operating international cargo distribution centre (HUB). Presently, 5000 – 7000 TEU capacity ocean going liners, carrying containers on„ Australia Express“ route and connecting Klaipeda with important transit European and Eastern seaports like London ( England), Antwerp (Belgium), Valencia (Spain), Naples ( Italy) , King – Abdullah ( Kingdom of Saudi Arabia) , Singapore, Colombo ( Sri Lanka), Sidney ( Australia) and others are calling the container terminal of „Klaipedos Smelte“ on regular basis once per week. Up to 6000 TEU are loaded and discharged into these vessels at a time, the majority of these containers are being transhipped by feeder ships – container carries to neighbouring seaports in Finland, Russia, Estonia and other countries.

Vessel „ MSC Ingy“ plies on the „ Silk “ route destined to carry containers from China (Ningbo, Shanghai), Southern Korea ( Kwangyang) and Malaysia (Tanjung Pelepas) seaports to the seaports of Western Europe ( Sines, Bremerhaven, Gdansk, Rotterdam , Klaipeda) and from the Western Europe to the Far East. Approximately 1 100 TEU (20 feet equivalent unit) will be discharged and loaded in Klaipeda with Lithuanian and Belarussian export and import cargoes, destined for thousands of consignors and consignees. As this passage was doomed to be the trial voyage, it has been decided not to load the vessel up to the permissible in Klaipeda Seaport draught parameter.

To accept the vessel attributed to ultra large container vessel class was the real challenge to certain Seaport departments. Responsible and careful preparations for piloting of this vessel to the seaport have started long before the operation of the accommodation of the vessel. This summer the most experienced MSC vessel masters together with Klaipeda Seaport pilots at the simulators of Lithuanian Maritime Academy performed a few dozen simulations of ULCG vessel entering the Seaport. Every time the parameters that could make any impact on navigation, such the strength and the direction of wind or vessel loading degree were changed and diverse possible situations were modelled.

After successful piloting and mooring of vessel „ MSC Ingy“ in Klaipeda Seaport representatives of operational centre in Geneva estimated the actions and work of the pilots of Klaipeda Seaport, „ Klaipeda Smelte“ container terminal, the towage company „ Towmar Baltic“ and other related institutions and companies while accepting „ MSC Ingy“ as highly professional and totally responding all expectations. It is expected that in the beginning of 2019 MSC will take a decision to arrive to Klaipeda Seaport by ULCV vessels on regular basis.

It has been forecasted that container handling in Klaipeda Seaport will continue to increase. „ Klaipedos Smelte“ has already started preparing for this growth: construction of new storage yards has been launched, the contract with Finish company „ Konecranes“ on the purchase of 12 modern container cranes has been concluded. It is planned that after investing 65 million euros the handling capacity of „ Klaipedos Smelte“ container terminal will reach 800 000 containers or 1,2 million TEU in 2020. Presently 310 employees are working in „ Klaipedos Smelte“, supplementary 60 specialists have been employed and trained since May.

It is expected that cargo growth tendencies will remain further as the conditions for container ships calling Klaipeda Seaport of have been enhanced – the Order of the Minister of Transport and Communications on reducing the port dues for vessels with gross tonnage higher than 60 thousand units came into force the previous month. 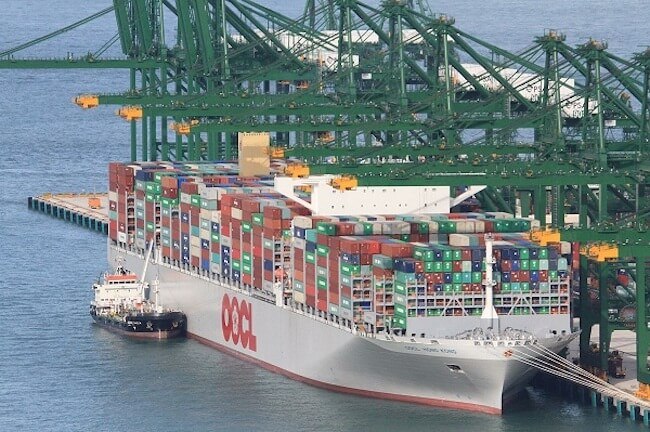 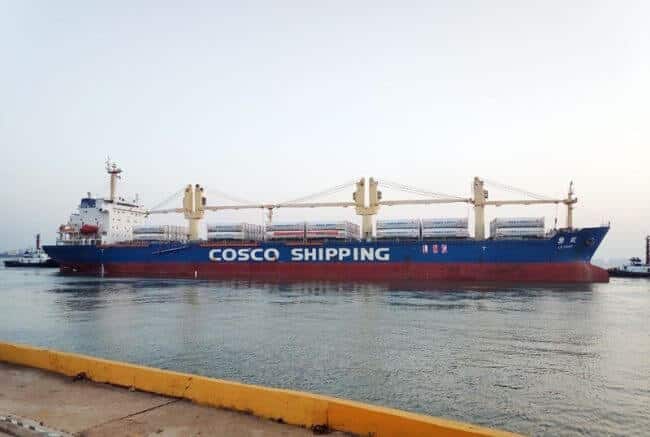 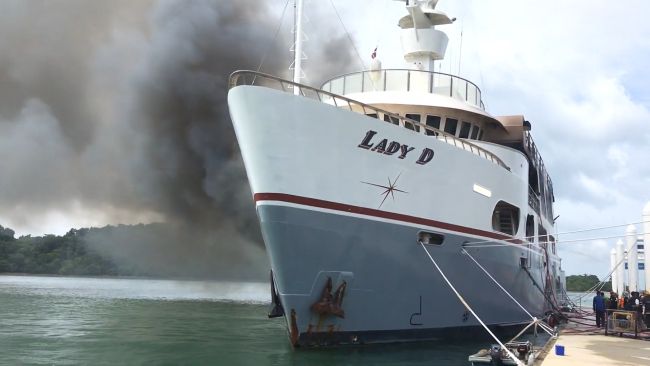