King Abdullah Port landed the eighth spot among the world’s fastest-growing ports for 2017, according to Alphaliner, the global leader in analyzing maritime transport data, port capabilities and the future of vessels and shipping route development. The new ranking comes after King Abdullah Port had previously announced a 21% increase in its annual throughput in 2017, making it the second largest port in the Kingdom in terms of container handling.

In a related context, King Abdullah Port moved up to 87th place among the world’s 100 biggest container ports for 2017, after ranking 98th in 2016. 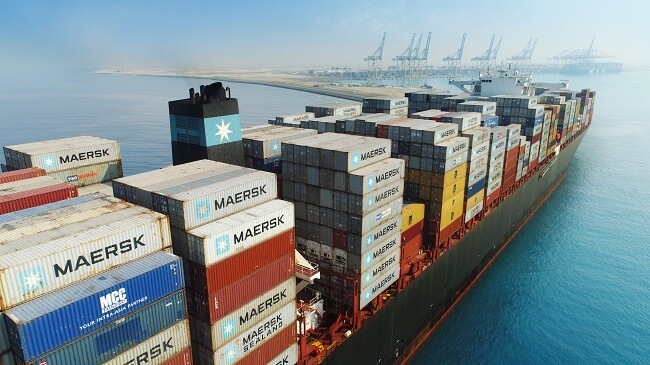 “The new ranking is testament to our achievements in logistics as part of our contribution to Vision 2030,” said Mr. Rayan Qutub, CEO of King Abdullah Port. “It also highlights King Abdullah Port’s steady growth thanks to the unlimited support the port receives from its partners in the public and private sectors, such as the outstanding efforts of the Saudi Customs, the General Directorate of Border Guards, the Economic Cities Authority and other government sectors operating in the port, which are undoubtedly key players in the honorable achievements accomplished in a short period of time. Their support significantly enhances King Abdullah Port’s role in driving the national economy through the provision of integrated logistics that contribute to the Kingdom’s competitiveness and its aim to become a leading logistics platform in the world.”

Qutub went on to say: “We definitely take pride in the position we are occupying, which adds to the Kingdom’s achievements and mirrors the Kingdom’s outstanding position in the global maritime transportation industry and the increasing volume of sea freight to and from Saudi ports, which aligns with the objectives of Vision 2030.”

King Abdullah Port has achieved significant development and growth over the last few years, making the port a pioneer in activating a 24-hour container inspection initiative and reducing the dwell time of incoming containers to 4.5 days in a clear indication of the port’s high efficiency.

King Abdullah Port features the world’s deepest 18-meter water berths and state-of-the-art processing facilities. Its container terminals feature the largest cranes in the world, using the latest technology, with a span of 25 containers and a capacity of 65 tons, enabling the port to serve mega cargo ships now and in the future.

Man Crushed To Death By Container In Fergusson Container Terminal, Port Of Auckland

UECC Trial Marks World’s First Use Of Marine Biofuel In Ro-Ro Segment
Want to share your tips and advice? Got questions? Visit the community forum to ask questions, get answers, meet people, and share your tips!