Keppel Corporation Limited (Keppel Corporation or Keppel) today confirmed that KOM has reached a global resolution with criminal authorities in the United States, Brazil and Singapore in relation to corrupt payments made by KOM’s former agent in Brazil, Mr Zwi Skornicki. 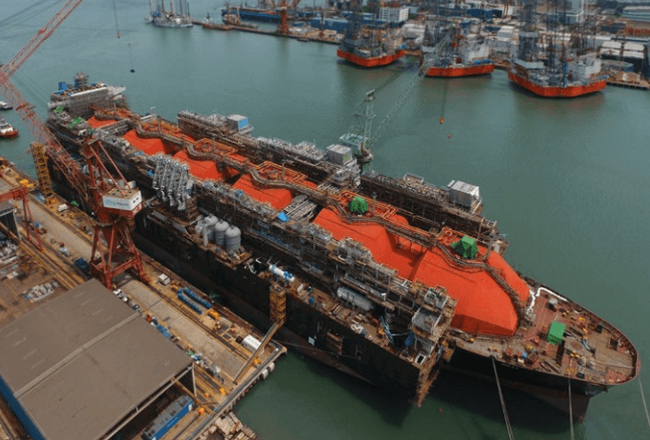 As part of the global resolution, KOM has accepted a conditional warning from the Corrupt Practices Investigation Bureau (CPIB) in Singapore, and entered into a Deferred Prosecution Agreement (DPA) with the U.S. Department of Justice (DOJ), while Keppel FELS Brasil, a wholly-owned subsidiary of KOM, has reached a Leniency Agreement with the Public Prosecutor’s Office in Brazil, the Ministério Público Federal (MPF). The Leniency Agreement would become effective following approval of the Fifth Chamber for Coordination and Review of the MPF. In addition, Keppel Offshore and Marine USA (KOM USA), also a wholly owned subsidiary of KOM, has agreed to plead guilty pursuant to a plea agreement with the DOJ.

These agreements relate to corrupt payments made by Mr Skornicki in relation to several KOM projects in Brazil, which were made with knowledge or approval of former KOM executives. As announced in October 2016, Keppel undertook a thorough internal investigation, identified certain suspicious transactions involving Mr Skornicki, and cooperated fully and extensively with the authorities to resolve the issues arising from or in connection with those transactions.

As part of the resolution, KOM will pay fines in an aggregate amount of US$422,216,980 (or approximately S$570 million), to be allocated between the U.S., Brazil, and Singapore.

The authorities recognise Keppel’s cooperation in the investigations and its extensive remedial measures, which involved significant enhancements to compliance and internal controls systems across the Keppel Group, and disciplinary action against individuals involved in the misconduct. In light of these efforts, the authorities determined that an independent compliance monitor was not necessary, and KOM received a 25% reduction, the maximum cooperation and remediation credit possible, off the bottom of the applicable fine range under the U.S. Sentencing Guidelines.

Dr Lee Boon Yang, Chairman of Keppel Corporation, said, “Integrity is one of Keppel’s core values. We do not and will not tolerate any illegal activity in the conduct of our business. We regret and are deeply disappointed by the actions that we now know to have taken place at the Group’s offshore and marine business in Brazil from around 2001 to 2014.

“Global companies such as Keppel have both a legal and moral duty to operate fully within international laws and regulations. Any perception that illegal payments can be condoned, if they are made by agents, is wrong and will not be tolerated.

“Since the allegations emerged, we have moved quickly and decisively to put in place stricter controls and embedded best practices across the Group to ensure that such unacceptable behavior will not be repeated.”

Mr Loh Chin Hua, CEO of Keppel Corporation, added, “The past practices uncovered at KOM do not reflect how the Keppel Group conducts business today. Keppel does not just care about results, we care deeply about how our results are achieved. We have zero tolerance for corruption. Effective compliance controls are now thoroughly embedded across all our businesses supported by rigorous anti-corruption training and robust compliance and governance regimes.

“Today’s settlement means we can draw a line under this difficult issue which has been a key focus of the board and senior management since the bribery allegations first emerged, and look to the future. It has been a very painful chapter for Keppel and the thousands of hard working and honest colleagues we employ in Singapore and around the world. We must now work hard to win back the trust our stakeholders have placed in us and demonstrate our determination to hold ourselves to the highest ethical standards everywhere we operate.

“Given Keppel’s strong track record and capabilities, I am confident that we will emerge as a more disciplined and sustainable company, better able to pursue our growth plans.”

For legal reasons, Keppel is unable to comment on the agreed Statements of Facts released by the investigating authorities or on the identities of individual employees. Further details are provided in the attached Fact Sheet.