Kenyan security agents have found an unspecified amount of weapons and drugs on a Norwegian-flagged ship they intercepted last week, a senior police officer said.

East Africa has become a key export route for Afghan heroin destined for Europe. Coastguards and navies from the region, short of funds and anti-trafficking expertise, have struggled to stem the flow of drugs through their waters.

“We cannot tell how many weapons have been recovered because the exercise is still ongoing and we don’t want to jeopardise it by giving incomplete information,” Francis Wanjohi, Coast regional police commander, told Reuters late on Tuesday.

“For the drugs they have to weighed to establish how much they are, and then tested to determine which exact type they are.”

A Hoegh Autoliners spokeswoman declined to comment on the police report as the investigation was still ongoing. 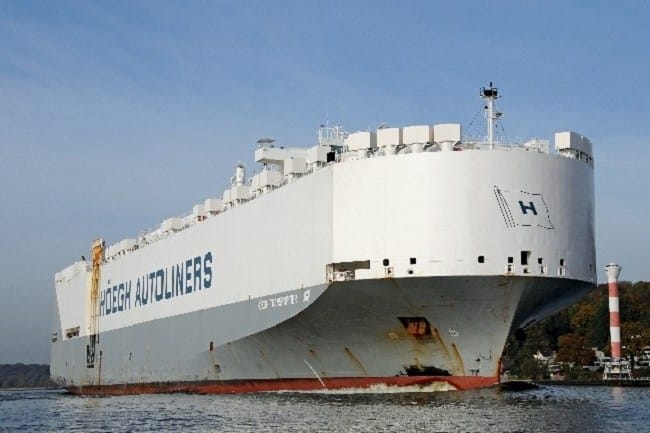 In a statement, Hoegh Autoliners said its Chinese crew had been cooperating since Thursday with authorities who were inspecting cargo being offloaded from the ship at the Indian Ocean hub of Mombasa.

“We look forward to the speedy completion of the search so that our vessel can resume her sailing schedule,” it said.

The ship had sailed from Mumbai, India.

In July, Kenyan police seized 341.7 kg of heroin hidden in the diesel tank of a ship, the biggest single seizure of drugs at Mombasa.

Heroin is typically transported from Pakistan and Iran to East Africa, known for its poor border and maritime surveillance, and on to Europe.

Last November, an Australian Navy warship patrolling Indian Ocean waters seized heroin worth $158 million. Another Australian warship raided a dhow with 1,023 kg of heroin on board near Kenya in April 2014.

Mombasa handles imports of fuel and other goods and exports of tea and coffee from the entire East African region.

Indian Lighthouses To Be Developed As Tourist Spots

Svitzer Signs Deal For Two Innovative Icebreaking Tugs
Want to share your tips and advice? Got questions? Visit the community forum to ask questions, get answers, meet people, and share your tips!