Although official construction of DDG 121 began April 2016, the keel laying symbolically recognizes the ceremonial beginning of the ship. The keel was said to be “fairly and truly laid” and was authenticated by D’Arcy Neller, the ship’s sponsor, and Donald Brabston, a master Ingalls shipbuilder. 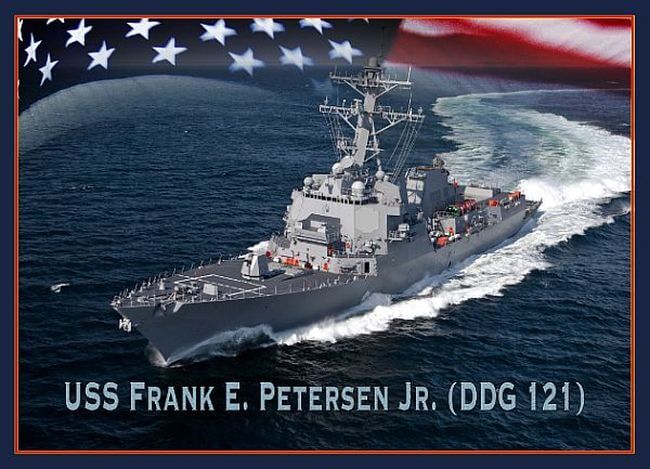 “The keel laying is the symbolic first step in shaping our nation’s newest destroyer,” said Capt. Casey Moton, DDG 51 class program manager, Program Executive Office (PEO) Ships. “The ship will be a lasting tribute to Frank E. Petersen Jr., who made incredible contributions to naval and Marine Corps aviation, and DDG 121 will be an extremely capable destroyer for our Sailors.” 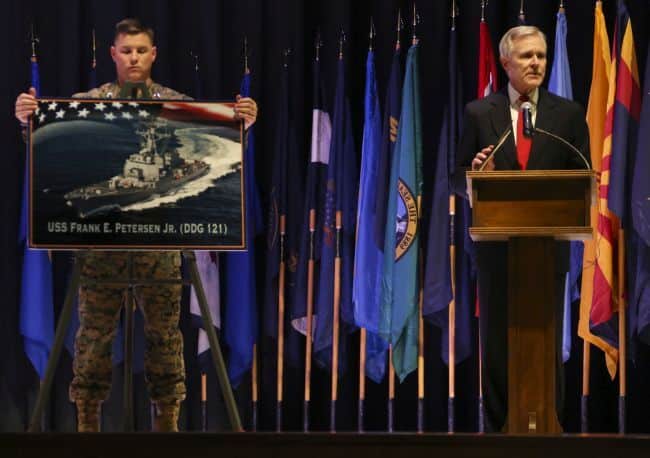