General Dynamics NASSCO hosted a keel laying ceremony on 5th May, for the first ECO tanker currently under construction for SEA-Vista LLC, at the company’s shipyard in San Diego.

Eric Fabrikant, chief operating officer of SEACOR Holdings Inc., served as the ceremony’s honoree and authenticated the keel by welding his initials onto a steel plate during the ceremony. The steel plate with his initials will be permanently affixed to the ship’s keel and will remain with the vessel throughout its time in service.

The ECO tanker is the first of a three-tanker contract between General Dynamics NASSCO and SEA-Vista, which calls for the design and construction of three 50,000 deadweight ton LNG-conversion-ready product carriers with a 330,000 barrel cargo capacity. The 610-foot-long tankers are a new “ECO” design, offering improved fuel efficiency and the latest environmental protection features, including a ballast water treatment system. 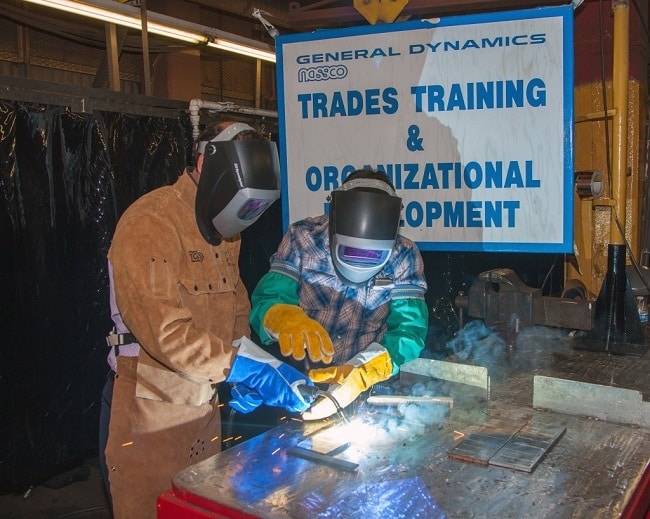 The three-tanker contract, complimented with the company’s current backlog of commercial and government contracts, has allowed General Dynamics NASSCO to sustain and grow its local workforce.

The ships were designed by DSEC, a subsidiary of Daewoo Shipbuilding & Marine Engineering (DSME) of Busan, South Korea. The design incorporates improved fuel-efficiency concepts through several features, including a G-series MAN ME slow-speed main engine and an optimized hull form. The tankers will also have dual-fuel-capable auxiliary engines and the ability to accommodate future installation of an LNG fuel-gas system.

The construction and operation of the new vessels are aligned with the Jones Act, which requires that ships carrying cargo between U.S. ports be built in U.S. shipyards.