Across the globe, container terminal automation is advancing rapidly. Automation, including the insights learned from the data it produces, is almost universally recognised as the future of improved container handling productivity, safety and business performance. However, when compared with other fields (such as the automotive manufacturing or process industries), automation in the container handling business is still in its relative infancy. This has meant that until recently, most terminal automation systems have been based on extensive integration of various subsystems and solutions, rather than conceived as complete end-to-end automation systems such as those in other industries.

This white paper argues for a systemic approach in designing a terminal automation platform. A key feature of this platform is the availability of new, open application interfaces that enable terminal operators to customise their automation deployments, allowing third-party developers to provide their own offerings that are interoperable with the automation platform. These additional software interfaces, which supplement the application-independent core software components of the terminal automation system, signi cantly extend the capabilities of the existing Kalmar TLS (Terminal Logistics System). Previously, TLS has only provided application-speci c interfaces for a limited number of functionalities. 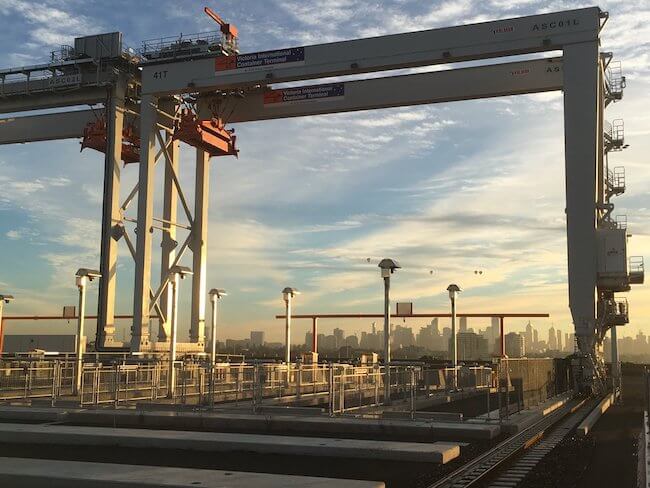 When combined with support services and a developer infrastructure, these open interfaces pave the way for robust and diverse business ecosystems around terminal automation that provide new opportunities for terminal operators, independent developers and automation system providers. Ultimately, terminal operators will have a broader range of capabilities to develop their systems with agility, based on their individual business processes and needs.

As an equipment-agnostic approach, the terminal automation platform also enables a vast range of new systems and equipment to be connected to the automation solution. Finally, the open interfaces of a terminal automation system enable a holistic view of data from multiple sources, enabling terminal operators to optimise their operations continuously and with greater ease.

This paper provides an overview of the new application interfaces that Kalmar is making available and examines some possibilities by which terminals and developers can utilise and bene t from these interfaces.

In order for terminal automation to develop to the next level in speed of deployment and operational efficiency – and for operators as well as other industry players to be able to reap the benefits of this development – a significantly higher level of standardisation is required.

Currently, a major challenge for most terminal automation projects is that many design and implementation questions need to be solved anew
each time. These questions range from basic connectivity and equipment functionality to user interfaces for applications and safety guidelines. With terminal operators unsure of the exact specifications needed for a terminal automation deployment, system providers often need to ”reinvent the wheel” for each customer case.

A markedly different situation can be seen in general process automation. Initially, each manufacturer developed closed systems with unique interfaces for their equipment, but over the decades, the industry converged on a set of interfaces that enable seamless connectivity with standardised technology. This development shifted the competitive focus of automation technology providers away from low-level interfaces and towards higher-value automation systems. Once the connectivity is standardised, diverse industry players can come together to create robust ecosystems that further develop the capabilities of their equipment and software applications.

To Read The Entire Article By Kalmar Click Here
Reference: kalmarglobal.com
Report an Error
Want to share your tips and advice? Got questions? Visit the community forum to ask questions, get answers, meet people, and share your tips!