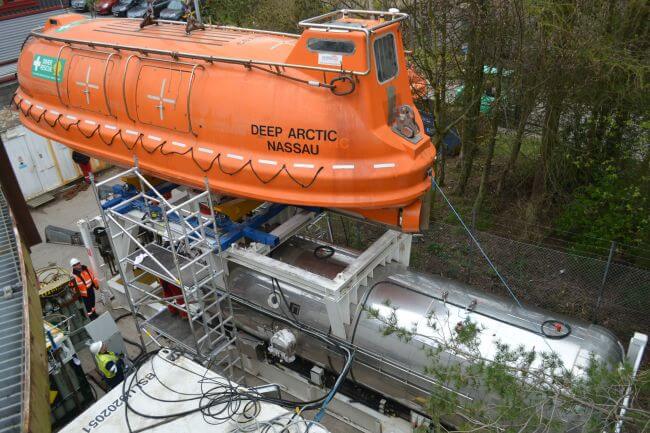 JFD, the world leading underwater capability provider serving the commercial and defence diving markets, and part of James Fisher and Sons plc, has successfully completed rigorous mating trials of its latest Portable Hyperbaric Reception Facility (PHRF) for TechnipFMC, a global leader in subsea, onshore, offshore and surface technologies. The successful completion of the trials, conducted with two of TechnipFMC’s vessels, provides divers with the assurance that every possible measure has been put into place to ensure their safety should there be an incident.

In the event of an emergency evacuation, even once divers have reached the perceived relative safety of onshore via a hyperbaric lifeboat, they still need to undergo a thorough decompression process to safely return to sea level (Surface) before being exposed to atmospheric pressure and prevent suffering the potentially fatal effects of decompression sickness. Although the preferred option may be to transfer saturation divers to a fixed Hyperbaric Rescue Centre (HRC), often due to time constraints, and depending the location of the divers, this can be challenging. As a contingency, a portable HRF capability allows divers to safely begin the decompression process even if they are operating in a remote location.

Over the course of the trials, JFD performed successful mating exercises with the port and starboard Self-Propelled Hyperbaric Lifeboats (SPHL) of TechnipFMC’s vessels Deep Discoverer and Deep Arctic. Testing included lifting the SPHLs from the harbour once they had surfaced, transporting them by trailer to the PHRF at JFD’s National Hyperbaric Centre, and conducting mating exercises between the SPHLs and the PHRF using a precise hydraulic system which ensures there is a solid seal with no leaks, thereby facilitating a safe and effective decompression process. Critcially, each separate mating exercise was completed in less than two hours which ensures that divers can be transferred into the PHRF as quickly as possible, an essential aspect of conducting safe and efficient rescue operations, and one that optimises the chances of returning the diver to safety. 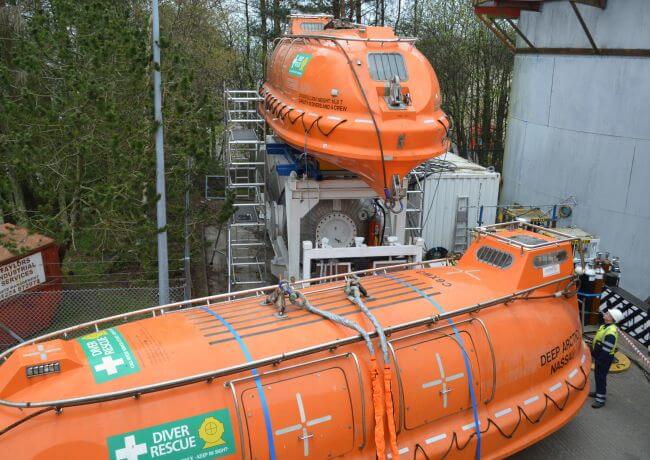 Giovanni Corbetta, Managing Director at JFD, commented:
“The health and safety of divers must always be the primary concern for any operation, regardless of how or where it is carried out. In order to protect the lives of divers it is paramount that there are emergency measures in place, supported by the necessary technical capabilities, and that this covers the entire rescue and evacuation process, from deep sea to the shore. This means providing divers with advanced and reliable technical solutions that will allow them to return to safety at pressure and undergo a safe decompression process.

“Incidents that can impact divers, who are often times operating in challenging environments and under difficult conditions, can quickly become life-threatening. Knowing that divers will have access to a PHRF within a short timeframe irrespective of where they are operating offers reassurance that all possible measures have been taken to ensure that divers can safely carry out their operations. These trials are part of an ongoing drive to realise significant improvements in safety standards across the global subsea industry.” 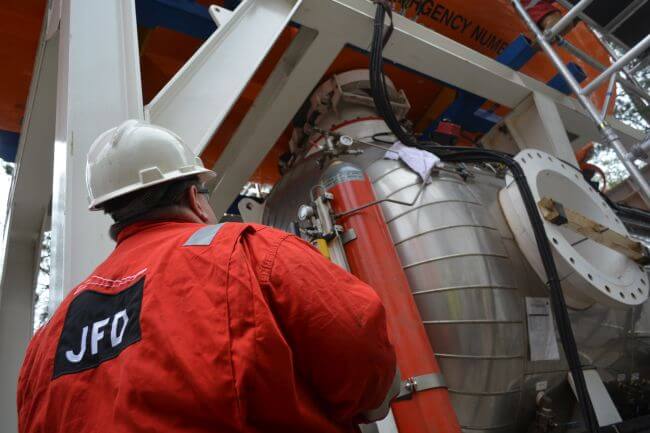 JFD’s portable HRF systems are easily transportable and are designed to suit a variety of hyperbaric lifeboat and HRC configurations to maximise the likelihood of a successful rescue. For over 30 years, JFD has played a key role in advancing hyperbaric rescue capabilities through designing and manufacturing the most capable land-based system in the world, as well as proven Portable Hyperbaric Rescue Facilities (HRF) assets. JFD has played a leading role in the provision of hyperbaric reception services having maintained the UK’s only land-based fixed HRF, at the National Hyperbaric Centre, since 1987.

TechnipFMC Enters Into MoA To Sell The G1201 Subsea Vessel