Royal Caribbean International announced that Jewel of the Seas will sail out for the summer 2016 Mediterranean season boasting a new shine and ready to explore the ‘old world.’ The 90,090 gross-registered-ton ship, featuring nearly three acres of exterior glass will receive a complete makeover from bow-to-stern, unveiling a fresh and thoroughly contemporary style. Sparkling with ocean-facing glass elevators and floor-to-ceiling windows throughout the ship, Jewel’s superior combination of shipboard experience, convenience and valuewill make it a natural option for family summer travel in Europe, particularly for discovery-driven travelers looking to explore the most coveted isles and cities in and around the Mediterranean. From May through October, Jewel of the Seas will be the only ship in its category sailing round-trip from the marquee city of Rome, Italy on an array of Eastern Mediterranean itineraries.

With new staterooms, new restaurants, technology upgrades and exciting entertainment, Jewel will be the most contemporary ship to sail from Rome this summer.  Additions include a two-bedroom family suite and 24 new outside and balcony accommodations that showcase the picturesque coastlines of the Eastern Mediterranean.  Giovanni’s Table, Vintages and Izumi, some of Royal Caribbean’s most popular dining venues, will join the diverse menu of dining options. Chops Grille, the spa and retail areas also will be refreshed with a new modern design and in addition a new poolside movie screen will invite guests to nights of animated and classic cinema under the stars. Most exciting for selfie-snapping, hyper-connected travelers is the addition of VOOM, the fastest internet at sea throughout the ship. 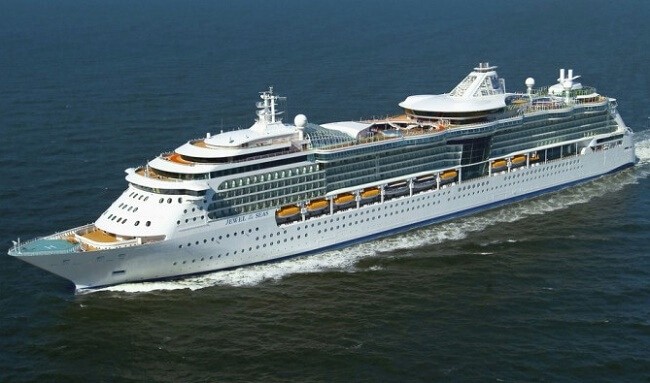 Flying round-trip from U.S. gateways to Rome will provide travelers the most competitive airfare options, and the seven-, eight- and nine-night itineraries showcase the best destinations of Italy, Greece and Turkey. She will visit popular ports of call such as Athens and Mykonos in Greece and Ephesus, Turkey as well as a bucket-list favorite Santorini, Greece.

Jewel of the Seas, which is part of Royal Caribbean’s intimately-sized Radiance class of ships, will deliver the ultimate collection of Mediterranean experiences from historical European cities to idyllic island towns – all woven together by the rich life, art and tradition of this cultural cradle – and of course, the active adventures and innovations for which Royal Caribbean is known.

“When the rejuvenated Jewel of the Seas arrives to Rome in April 2016, she will boast a perfect blend of design, amenities, services and technology that modern world travelers expect, while immersing them in some of the most sought-after-cities in the Mediterranean,” said Michael Bayley, president & CEO, Royal Caribbean International. “These adventures will appeal to both our loyal, seasoned guests and young, experience-seekers that we are speaking to with our new ‘Come Seek’ campaign.”

“Come Seek,” the new brand campaign from Royal Caribbean, is a call to travelers who want more than to sightsee along the beaten path. It’s for adventurers who don’t just want, but require, immersive, culturally rich travel.  Royal Caribbean delivers adventure both onboard and with exciting and culturally rich experiences in destinations around the world.