JAXPORT’s container volumes grew 25 percent during the month of February, compared to the same period last year. More than 100,346 twenty-foot equivalent units (or TEUs, the industry standard for measuring containers) moved through JAXPORT in February 2018 compared to 80,412 moved in February 2017. 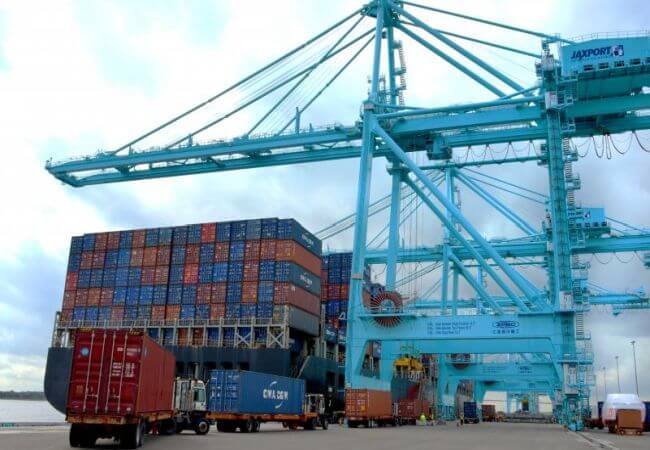 The port’s Asian container volumes continue to grow, up 15 percent over last February with 34,550 TEUs moved during the month.

During the past five years, JAXPORT has recorded an average of 21 percent annual growth in Asian container volumes. The federal project to deepen the Jacksonville shipping channel to 47 feet to accommodate even more cargo aboard the largest ships began construction in February 2018.

JAXPORT’s Puerto Rican volumes also increased, growing 35 percent in February with 57,242 TEUs moved, up from 42,351 during the same time last year. As the primary U.S. port for commercial trade with Puerto Rico, JAXPORT and its partners continue to supply aid to the residents following Hurricane Maria’s devastation in September 2017.

Last year, JAXPORT and private users of the harbour moved more than 1.3 million TEUs, making Jacksonville the No. 1 container port complex in Florida.