JAXPORT moved more than 1.338 million twenty-foot equivalent units (or TEUs, the industry standard for measuring containers), a 5 percent increase over 2018, which was also a record year in container volumes for the port. JAXPORT has set container volume records for four consecutive years.

The port also moved the most vehicles in its history, nearly 696,500 total units, maintaining its position as one of the nation’s busiest vehicle handling ports. Strong auto sales in the Southeast U.S., combined with growing global demand for previously owned vehicles, contributed to the growth. 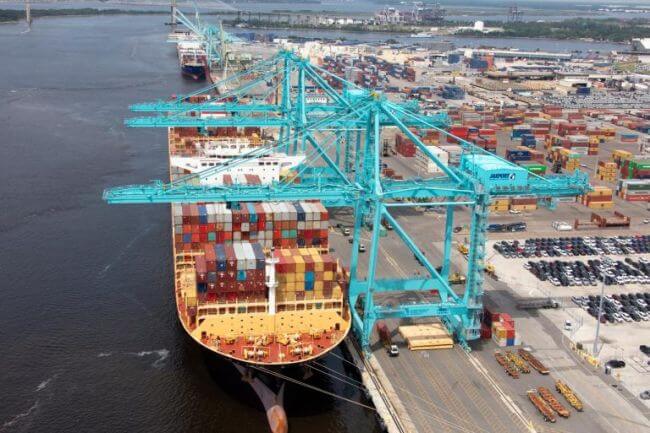 The growth in general cargo volumes fueled yet another record for the port: 10.9 million tons of total cargo moved through JAXPORT last year, up 4 percent over 2018.

JAXPORT has recorded year-over-year cargo revenue growth for more than a decade.

Located in the Southeastern U.S. at the crossroads of the nation’s rail and highway network, JAXPORT is the global gateway to Florida, the nation’s third-largest state. The port offers service from dozens of ocean carriers, with competitive transit times to 140 ports in more than 70 countries.