It is with shock and despair that we have received the news of the explosion at the Port of Beirut that has devastated the city, killed at least 100 people, injured thousands and rendered hundreds of thousands more homeless. We at the ITF send our deepest condolences and solidarity to the people of Lebanon.

We are still gathering information on the extent of the impact that this horrific blast has had on our affiliates and their members in Lebanon – at the port, on nearby vessels and in the surrounding area.

Tragically we have been informed that dockers and seafarers have lost their lives, and many workers have been injured. Given the extensive damage to the port precinct, including the destruction of the office of the Lebanese Seaman’s Syndicate, sadly we expect the death and injury toll to rise. 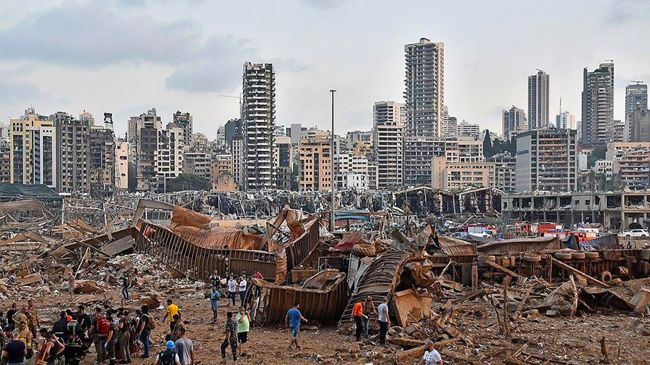 Today, ITF President Paddy Crumlin and ITF General Secretary Stephen Cotton pledged international solidarity and support from the ITF, our affiliates, members, officers and staff to our Lebanese affiliates. The ITF is committed to assisting our affiliates, their members and the wider community that has been affected.

“On behalf of the ITF and our 700 affiliates from around the world, we send our sincerest condolences and sympathies to all of those impacted by these terrible explosions. The ITF and our affiliates stand in solidarity with all of you, your members, colleagues, families and the people of Lebanon at this incredibly sad time,” they wrote. “We mourn this terrible tragedy alongside you, and express our deep condolences to families who have lost their loved ones, and wish the injured a quick recovery.”

ITF affiliated unions in Lebanon include the General Confederation of Drivers and Transport Workers in Lebanon (GCDTW), the Union of Beirut Port Employees (UBPE), the Syndicate of Middle East Airlines and Affiliate Companies (MEA), the Lebanese Cabin Crew Association (LCCA) and the Lebanese Seaman’s Syndicate (LSS).