The ITF has represented the views of global maritime professionals at the 20th general assembly of the International Association of Maritime Universities (IAMU) in Tokyo, Japan, 30 October to 2 November 2019.

The event was attended by 180 specialists of maritime universities and industry experts from 27 countries.

Professor Takeshi Nakazawa, IAMU executive director, expressed the view that the development of maritime autonomous surface ships (MASS) and automation is it outpacing the capacity of the human factor. He said that maritime education and training (MET) must change in order to match this challenge. 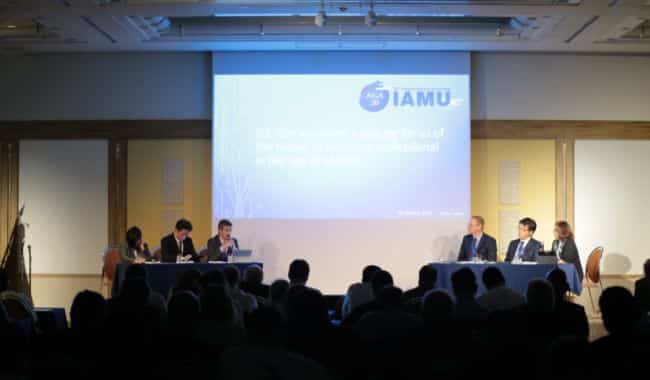 Furthermore, professor Nakazawa said there needs to be closer attention to how the maritime labour market will be influenced by the implementation of advanced technologies, such as digital technology, robots, artificial intelligence and MASS.

Professor Aysinov pointed out that:

The panel touch upon on the following major issues as well:

The views and positions of the ITF received support from the panel as well as the audience. No matter how technologies may or may not bring differences in maritime workers’ career paths, the authentic knowledge, skills, competence, experience and expertise of seafarers will be appreciated. On that note, education and training is an essential part of the maritime human element.