In January 2018 the 16 Ukrainian crew members of the Bahrain flagged vessel, Avonmoor, were abandoned in the Port of Casablanca, Morocco, leaving them without wages, provisions, fuel and first aid supplies. The vessel was in blackout, whilst anchored in the mouth of the port, which caused significant security concerns for the crew.

The vessel is owned by Tylos Shipping and Marine services, with whom the ITF have identified previous issues on this same vessel as well as others, with unpaid wages and failure to repatriate crew. The ITF is currently dealing with three cases of abandonment with these owners, including the Sanad, the Aman and the Jerna S. This is also the second instance of crew abandonment on this vessel, with the first only being resolved last September, having been abandoned in Malta. 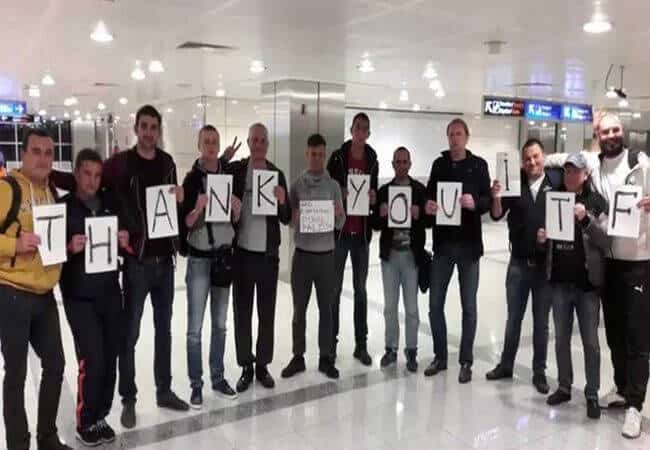 Once it was established that Tylos were failing to deliver on their promises to the crew, the ITF called on the P&I Club to establish a plan of action.

Thanks to the coordinated efforts from P&I, port authorities, the Ukrainian Embassy, ITF and UMT the situation was resolved. Wages totalling $107,000USD were paid by P&I ($20,000USD were paid by the owner as part of December salaries during the negotiations) and the crew repatriated home. Mr Arrachedi thanks all involved for their efforts: “I would like to extend my thanks to UMT for their assistance, the Ukrainian Embassy and the Moroccan port authority for their support to bring this to a satisfactory end.”

Mr Arrachedi further commented “Justice has finally been served, the 16 Ukrainian crew have at last been paid and repatriated home. We would like to take this opportunity to actively denounce the irresponsible behaviour of abandoning seafarers. The ITF, working collaboratively with the maritime industry and governments, will work towards eliminating this notorious practice, and to secure dignity and respect for seafarers all over the world.”

Paul Falzon, added “This latest episode of the Avonmoor highlights the dark side of the maritime sector being manifested by rogue owners such as Tylos Shipping. Above all, it demonstrates in practice the indispensable role the ITF plays in maritime labour relations, greatly benefiting the lives of seafarers.”