Paddy Crumlin, president of the ITF said: “ICTSI has imported its anti-worker business model, which has led to protracted disputes and protests around the world, to the Victoria International Container Terminal (VICT) terminal at Webb Dock. 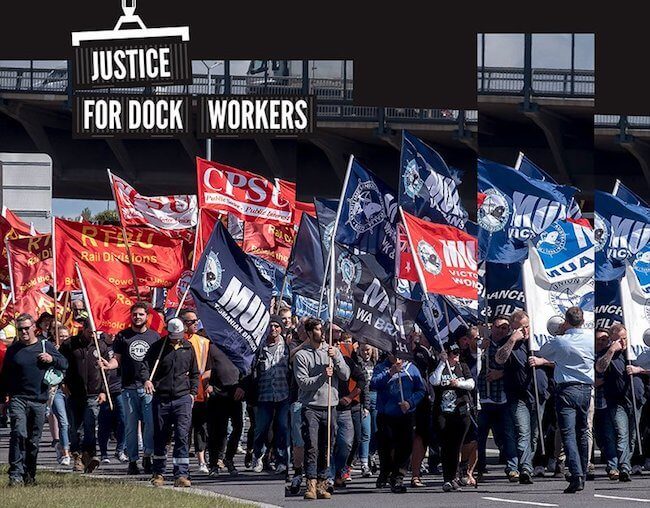 “ICTSI’s insistence on bringing its anti-worker business model to Australia is being met with the resistance you would expect from workers’ unions, politicians and the local community with an industrial dispute on the cusp of entering its third week with no end in sight.

“No matter where you look across ICTSI’s global network there is industrial trouble because the company insists on running an anti-worker, union busting agenda and no-one wants that at the expense of decent pay, conditions and job security.

“We’ve seen ongoing dramas in Madagascar, Indonesia and Papua New Guinea and the cancer has now spread to Australia. Everyone is awake to ICTSI’s destructive ways and won’t cop it anymore.”

The VICT dispute escalated in late November 2017 when a casual dockworker’s employment was terminated after management claimed that he was ineligible for a national security clearance.

“VICT publicly alleged that it was ‘illegal’ for them to employ this worker and that his application for a MSIC card was rejected twice. VICT’s claims are categorically false and this worker was granted a MSIC card on the 8th of December,” Mr Crumlin said.

“ICTSI is deliberately running smokescreens and we need to focus on the facts. Management deceptively created the cause of this dispute. This dockworker was targeted for being a union delegate, and sacked after trying to raise legitimate concerns with management regarding the bullying and intimidation of workers.”

“It is the broken promises related to permanency and rates of pay, management’s disregard for worker safety by attempting to override safety officers and experienced dockworkers, and the targeting of MUA members that led to this dispute,” Mr Crumlin said.

“ICTSI has a problem. Their rapid expansion has not been accompanied by sufficient managerial oversight to ensure productive industrial relations and compliance with local laws. We’ve seen this in port after port, country after country. ICTSI – and its local management – need to sit down with the ITF and work out how we can resolve these issues throughout their network.

“The ITF is committed to working with port operators who provide good jobs and industrial relations practices at their ports and who prioritise the growth of their business through the development of long-term functional relationships with unions as their social partners.”